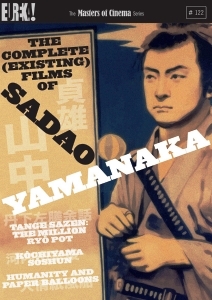 Having brought the relatively unknown (to Western audiences) Bakumatsu Taiyô-den (The Sun Legend in the Last Days of the Shogunate, 1957) to Blu-ray last month, the Masters of Cinema series now provide another prime example of classic Japanese cinema unseen in the UK. In September 1938, at the tender age of 28, acclaimed director Sadao Yamanaka tragically died whilst on military service, leaving more than 20 films from all-too-brief career. Sadly, most of those were lost during the war years, but the trio that remain have been excellently remastered for The Complete (Existing) Films of Sadao Yamanaka Collection.

A contemporary and friend of Yasujiro Ozu, Yamanaka worked exclusively in the ‘jidaigeki’ tradition; creating period dramas set under the rule of the shogunate. Under the tutelage of Daisuke Ito, this genre was used to slip under the gaze of censors and allowed leftists to make films shedding light on political and social issues of the day whilst embracing traditional subject matter. His pictures, often set in Edo, embraced comparatively naturalistic performance and a real focus on character. 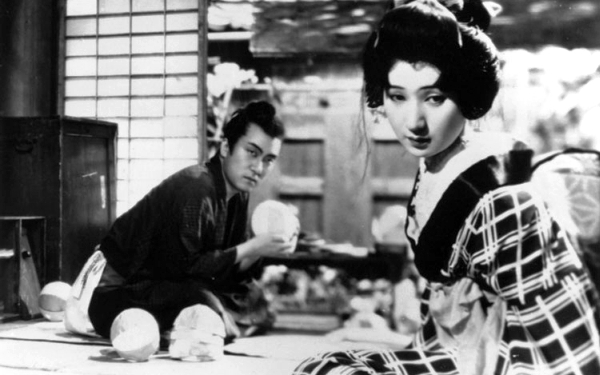 The three surviving films on show here are Tange Sazen: The Million Ryô Pot (Tange Sazen yowa: Hyakuman ryô no tsubo, 1935), Kôchiyama Sôshun (Priest of Darkness, 1936) and Humanity and Paper Balloons (Ninjô kami fûsen, 1937). The first of these is a rather light-hearted comedy centring on several samurai all in search of a valuable McGuffin; a plain pot containing a map to treasure. The film portrays a lesser episode in the life of well-known, one-eyed, one-armed samurai Tange Sazen (Denjirô Okôchi), playing him for laughs as a buffoon with a soft centre. The other two films both concentrate on aspects of life at the bottom end of the social ladder within contrasting communities and differing tones.

Kôchiyama Sôshun takes place within the criminal underworld in which a knife stolen from a samurai and a secret love affair lead to an increasing violent atmosphere. Humanity and Paper Balloons is the most overtly downbeat of the three providing a microcosm of Japanese society in one particular alley in the slums. Here a down-on-his-luck Ronin (Chôjûrô Kawarasaki) and a tragicomic barber (Kan’emon Nakamura) must contest with the corrupt will of local bosses. Yamanaka’s final film is a masterpiece and certainly the pick of these three, but it is a set of thoroughly absorbing films from a director whose career was tragically cut short.

Eureka’s Masters of Cinema DVD set is rounded out with a lengthy interview with Tony Rayns about Yamanaka’s career and a couple of fleeting snippets of other films. Certainly a must have for fans of Japanese cinema, if only to understand why Yamanaka is (deservedly) held in such high regard in his native country.