Lawyer Beatrice Mtetwa is the only African recipient, other than Nelson Mandela, of the prestigious Ludovic Trarieux International Human Rights Prize. For over two decades she has tirelessly battled injustice in Zimbabwe, with particular emphasis on representing those brutalised and tortured after opposing the president, Robert Mugabe. Lorie Conway’s Beatrice Mtetwa and the Rule of Law (2013) uses its subject’s life as a prism through which to present an examination of legality in recent Zimbabwean history. It also shines a light on the shocking actions of government loyalists, in a similar way to 2009’s Mugabe and the White African. 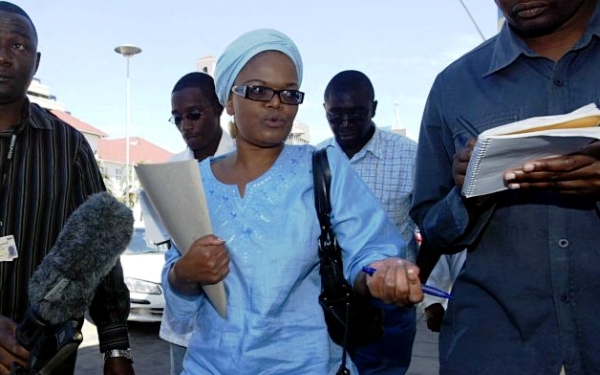 Providing a potted history of the much-maligned Mugabe’s rise to power and the coinciding emergence of the fearless lawyer, Rule of Law combines archive footage with interviews of those close to the political situation, as well as friends, family, and Beatrice herself. Through the recollections of various people, in whose corner this ferocious defender of human rights has found herself, the documentary provides insight into the different aspects of Mugabe’s severe and oppressive regime. Those interviewed also recount events from the violent removal of white families from their farms, the suppression of anti-governmental campaigners, and the slow wearing-down of Zimbabwe’s economic stability.

Amongst all of this chaos, Mtetwa stands tall and expounds the virtues of a society in which the rule of law is applicable; the greatest problem that she and others face is that the law does not protect anybody, especially not from Mugabe. This personal angle providing insight into the wider political landscape proves an engaging hook for Conway but also creates the film’s biggest problem; with both subjects wrangling for room, neither is quite considered with enough rigour. Mtetwa’s implacable courage in standing up to the government is appropriately showcased, but there is less time available to delve into the woman herself, and how she maintains her crusade.

Of course, to give its central character context political background was vital, but the film ends up as neither searing diagnosis of Zimbabwe’s ills nor a penetrating examination of the defiant lawyer. What it does do well, however, is provide an introduction to the problems facing this ravaged country at the same time as highlighting the reasons for hope. As Beatrice Mtetwa and the Rule of Law concludes, Mtetwa herself states her determination that the rule of law will be reinstated within her lifetime; as much for her own sake as Zimbabwe’s.

Beatrice Mtetwa and the Rule of Law screens as part of the DocHouse strand at London’s Lexi Cinema on 19 June, 2013. For more info, visit dochouse.org.