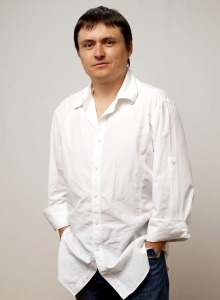 Available to own now on DVD and Blu-ray from world cinema distributor Artificial Eye, Beyond the Hills (2012) is director Cristian Mungiu’s remarkable follow-up to his 2007 Palme d’Or winner 4 Months, 3 Weeks, 2 Days; the film that crystallised the Romanian New Wave. It’s a stark, sobering film, rich in allegory and nuance. While the shadow of Nicolae Ceausescu is still a key thematic concern for Mungiu, the director pushes it to the background, focusing instead on the lost souls struggling to find purpose in a country that once controlled every aspect of their lives. CineVue’s Craig Williams spoke to Mungiu about the film’s real-life roots, the Romanian New Wave and who the real victims of his stories are.

Craig Williams: How did Beyond the Hills come about?

Cristian Mungiu: In 2005, I read this piece of news about a girl visiting a friend of hers in a small remote Moldavian monastery and ending up dying there a few weeks later after what the press called “an exorcism”. This event soon made the headlines in every Romanian newspaper, and it wasn’t too long before the international press picked up the story. The local bishop rushed to excommunicate the priest and the nuns associated with the event as soon as the incident became public, disobeying the regulations stipulating that an inquiry ought to take place. The Orthodox Church condemned the event and distanced itself from it.

Later, in 2012, they decided to entirely prohibit the practice of reading the prayers of St Basil – considered the main liturgical instrument in fighting ‘the Devil’. Tatiana Niculescu Bran was a journalist at that time, working for the BBC in London. She became interested in uncovering what really happened in that monastery and investigated the events over the next few years, finally publishing two books about the incident relating what happened in 2005 and at the trial that followed. I liked something in particular about the books: they weren’t judgemental, they didn’t establish responsibility, they didn’t seek out the guilty parties – they just related what happened in what I felt was a very balanced, BBC style. 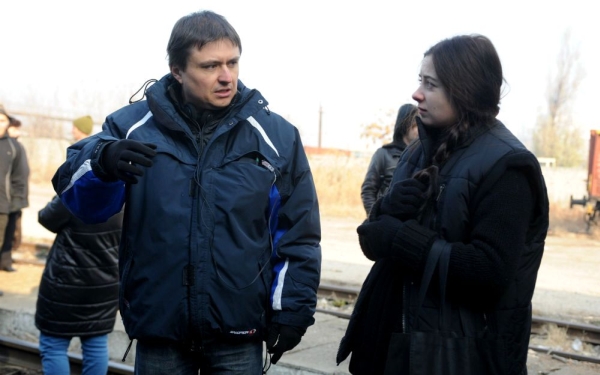 CW: Is it fair to say that the film is not about the failure of religion, but the tyranny of tradition and ritual?

CM: The film is about people, about life. It speaks about guilt and responsibility, about violence and ignorance, about faith and superstitions, about love and choices, about those things people do in the name of their beliefs. It also speaks about the difficulty of sometimes telling good from bad, about the side effects of understanding religion literally, about indifference as an even greater sin than intolerance and about free will in the absence of education. For some, it speaks about the way in which Devil works.

CW: In your view, who are the victims of Beyond the Hills?

CW: There is a strong sense that many characters Beyond the Hills are searching for belonging and perhaps a form of family. Was that an idea you were drawn to in the story?

CM: Actually what drew me to the story is this mix of senses and the layers the story has. It speaks about individuals and about society at the same time, about a love triangle including God, and yes, about our need to be loved and accepted – and it was the moment when I assumed that it must have been a special relationship between these two girls when I decide to make the film.

CW: We’ve seen the emergence of a number of Romanian directors in recent years, such as Cristi Puiu and Corneliu Porumboiu. Do you see a sense of catharsis in Romanian cinema?

CM: Actually, maybe some of their more important films appeared before 4 Months, 3 Weeks, 2 Days but yes, there were more remarkable Romanian films in the last ten years than maybe in the whole previous history of the Romanian cinema – which is not necessarily something to be very proud of given the level of the Romanian cinema during communism. Maybe these directors you are mentioning and some others as well reacted against a certain way of understanding (or not understanding) cinema of our predecessors. Nevertheless, it’s too early to say if these films will survive the test of time or not.

CW: Do you plan to continue making films in Romania for the foreseeable future, or are you keen to shoot in other locations?

CM: Actually, I don’t know. Of course, most of the stories I know and I feel entitled to talk about happen within the Romanian language and culture, but now I am also preoccupied by some topics that could happen as well in a different language.

Cristian Mungiu’s Beyond the Hills is out now on DVD and Blu-ray, courtesy of Artificial Eye.