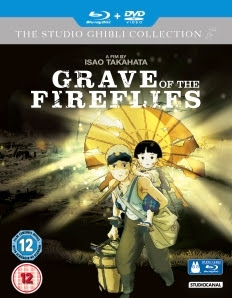 If there’s one studio reboot that seems immune to criticism (and today, we’re lumped with about ten per week) it’s Japanese animation guru Hayao Miyazaki’s heartwarming My Neighbour Totoro (Tonari no Totoro, 1988). Partially, its success is all in the timing. In the 1970s, animé was moulded for television, therefore slight, local and far from spectacular. Miyazaki took off in a different direction, angling for a new feature film audience and an international one at that – both of which he earned after exploding the commercial market with Nausicaä of the Valley of the Wind (Kaze no Tani no Naushika, 1984).

Set in rural Japan, 1958, Totoro follows two young girls, Mei and Satsuki, as they relocate to the country to be closer to their hospitalised mother (a throwback to Miyazaki’s own childhood). Curiously, the girls encounter Totoro, a lovably owlish creature who leads them on fantastical adventures through the forest, providing some of the most cherished set pieces in modern animation history (many viewers will remember the iconic shot of Totoro poised in the rain with an umbrella). Impressively, the director enmeshes a slew of active ideas without over-politicising the film. He frequently subsumes his love of nature (reintroducing the eco-fable he blueprinted in Nausicaä) and hints at how post-war Japan disrupted organic harmony. 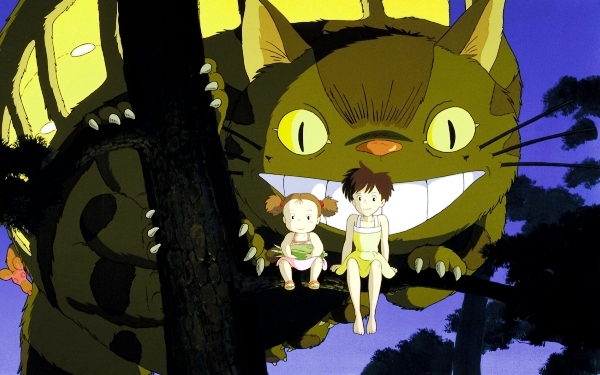 To do this, Miyazaki makes Totoro gloriously playful and alive with watercolour detail, practically paradisical, and envisions the nourishing quality of the Japanese countryside. This desire to celebrate nature takes us on an idyllic journey through the spiritual and cathartic potential of animé; as peaceful and salutary as the rustling woodland oaks. The telling metaphor however is not that this magical realm is dreamlike or illusory, rather that our own pastoral landscapes are vibrant, there to be explored, treasured and more importantly protected. Fittingly, these are the exact lands ravaged by war in Isao Takahata’s Grave of the Fireflies (Hotaru no haka, 1988), rereleased on Blu-ray this week from StudioCanal.

Fireflies is set over a decade before Totoro in the midst of World War II and conceives a much darker and more tormented nation. Told largely in flashbacks, the spirits of a deceased 14 year-old boy Seita and his younger sister Setsuko tell of how they were driven out of their home and ultimately to starvation after bombardment from American air-raids. For all its bleakness however, the tone of Takahata’s animation is fascinating. Many critics have been quick to label it an anti-war film. Yet, Takahata purposely buries his characters in misery, as if punishing them, and the sense of hopelessness isn’t provoked by the war itself, but from an individual’s inability to accept circumstances – however tragic or excruciating they may be.

Perhaps this complexity speaks to the real magnificence of Takahata’s epic; war is an assertion of dominance and his young protagonists are entombed by the full weight of authority. It’s by no means an easy watch; Michio Mamiya’s aching classical score underlines much of the anguish and jars against the ghostly midnight beauty depicted throughout the film. In this sense, it’s hard to believe that Miyazaki and Takahata are friends and colleagues, given their different portrayals of Japanese survival. Still, both Ghibli films conclude equal sacred messages: divinity provides peace. To do all this while proving to a global audience that animation isn’t just for kids is certainly one of the greatest achievements in filmmaking history.