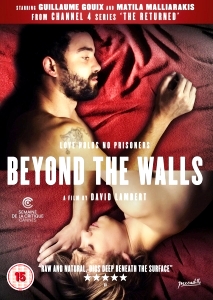 Films such as Weekend (2012), Keep the Lights On (2012) and I Want your Love (2012) have all recently hinted at a fast-emerging new wave of queer cinema. All three films possess a naturalistic style and an interest in the routine aspects of gay relationships, embracing the real rather than relying on stereotypical representations and predictable plots. Showcased this year in Cannes (where Blue is the Warmest Colour, a study of first lesbian love, won the Palme d’Or), Belgian writer-director David Lambert’s debut, Beyond the Walls (2012, Hors les murs), is currently riding that wave, though with mixed results.

This study of an intimate yet faltering relationship between two young Belgian musicians feels somewhat laboured and stilted, seeming to never quite succeed in conveying the emotional heft associated with the simple but promising premise of its love story. In a similar vein to some of its bedfellows, this love story begins in the familiar surroundings of a late night bar. Illir (Guillaume Gouix), a bass-player/bartender of Albanian origin with an anarchic streak meets Paulo (Matila Malliarakis), a diminutive and slightly immature figure who is at odds with his sexuality. 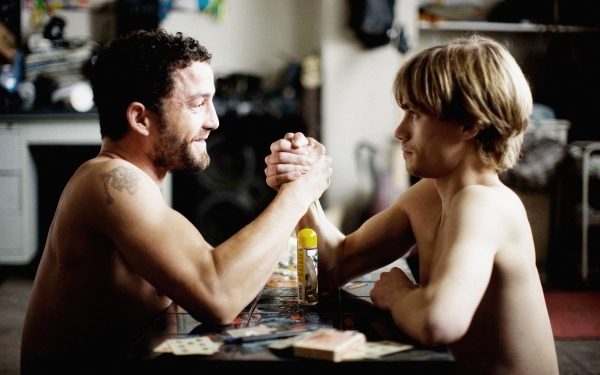 After what is now fast becoming the common-place ‘drunken crush’ in gay relationship dramas, Lambert depicts the initiation of this intense affair with generosity and intimacy, getting close to his two protagonists and gently capturing its dynamics: Illir, the more macho and self-assured figure establishing the rules; Paulo, the puppy-eyed and vulnerable figure infatuated by his new found love. Throughout these sequences, we realise that these two lovers share a certain affinity for suffering: one treats things like a sexual game, the other, potentially, as a way of life. The plot takes a dramatic turn, shifting the dynamics of a now dissolving relationship marked by a reversal in character arcs (one matures, the other is scarred).

Although it’s difficult to immediately warm to these two characters, the first half of the film captures some light-hearted yet intimate moments not all that different to those found in Andrew Haigh’s Weekend. However, contrary to the latter, even these low-key, honest scenes hint at a tendency towards overstatement that ends up hampering the second half of the film. Lambert, previously a playwright, is guilty of similar melodramatic overtones: Paulo’s break-up with his girlfriend (Mélissa Désormeaux-Poulin, miscast) lacks the sufficient emotional nuances to make it compelling; and the dramatic shift in Illir and Paulo’s characterisations is too abrupt and obvious.

Beyond the Walls no doubt belongs to this emerging new genre of character-driven films seeking to describe the experience of being queer today through stories that resonate beyond that context. Although sincere in his intentions, Lambert tends to overstate these and as a result loses the emotional thread somewhere in the autopsy of this love story: two kids yearning to be together, encountering obstacles, and consequently learning a life-changing lesson along the way – that they simply cannot be together.