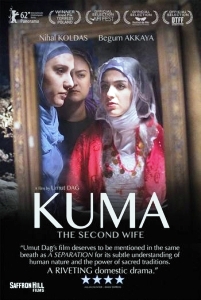 De Sévigné once wrote “We cannot destroy kindred…” This rather ominous proverb continues to denote “…our chains stretch a little sometimes.” Yet, Kurdish-Austrian director Umut Dağ’s debut drama, Kuma (2012), heaves and jerks at Sévigné’s aphorism to the brink of obliteration. Shot with the tautness of Cristian Mungiu and the graceful melancholy of Haneke’s happier side, Dağ depicts the heart-splintering tale of a broken Turkish family. And while the copious fragments of melodrama and red-eyed gloom may sporadically flounce from one dismal setback to the next, there is heart in this picture, beating at timeless pace. 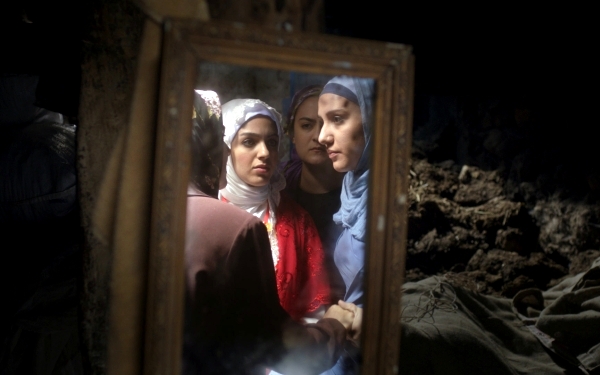 The opening film of this year’s Berlinale Panorama strand, Dağ’s quiet drama of a bashful village girl drafted in as a second wife, screamed notoriety. Kuma (“second wife” in Turkish) wailed with humbled praise at the story of an extended household undergoing the woes of honour in a dishonourable world. Led to believe that dainty 19-year-old Ayse has been wedded to the Austrian Hasan, she’s instantly uprooted from her poky village life in Turkey to co-exist with Hasan’s family in Vienna. Lost in translation and misfortune, we swiftly uncover Hasan as the decoy groom for his father; a coy, cumbersome patriarch of a boisterous home. Ayse must endure not only her fate as a second wife, but her new family’s scandalous reputation.

Moments of affection, humiliation, stigma and resolution are rife. Amidst the stillness of Dağ’s shot composition, his subjects make every awkward silence and scowl howl. These immersive, memorable performances shed brutal reality on a somewhat apathetic narrative. Dağ’s insistence on burdensome plot twists may fall down to lack of experience or confidence. Yet, it’s the silent moments where the director’s talent emerges. The unbearable elephant captured in a room overrun with emotion. Even choice scenes of making beds or washing the dishes morph into arduous seedy affairs.

Bolstered by a predictably chilling finale, Dağ has delivered a film equidistant between modesty and hostility. Thankfully, the usage of regular fade-outs aid in not only separating the constant bullying of tension, but also legitimise the theatrical, soap opera storytelling on show. An immensely memorable debut effort, Kuma is candid, dramatic, disconcerting and – above all – a deeply scarring experience. Do not neglect the potential this rising director undeniably has.