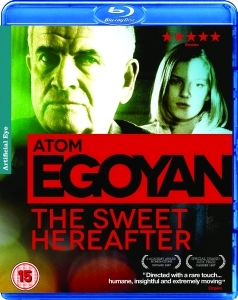 Throughout his early career, Canadian independent filmmaker Atom Egoyan repeatedly zeroed in on the effects of loss upon those left behind. This theme received its most pronounced treatment in his most critically heralded piece, The Sweet Hereafter (1997), which now arrives on DVD and Blu-ray from UK distributors Artificial Eye. Starring Brit Ian Holm, Bruce Greenwood and Sarah Polley, and based on a novel by Russell Banks, it is the thoughtful exploration of an isolated community during the aftermath of a tragic school bus accident that tears a whole class of children from their devastated families. 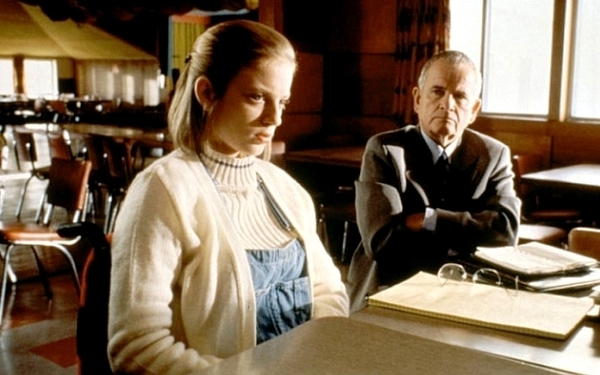 Arriving in this snowy township is ambulance-chasing lawyer Mitchell Stevens (Holm) who is there to urge a class-action lawsuit on behalf of the mourning parents. He visits them in turn and slowly begins to convince them to support his legal campaign which all ultimately rests on the deposition of wheelchair-bound teenage survivor Nicole (Polley). This also involves navigating the reticence of one furious father, Billy (Greenwood), and a string of difficult phone calls with his own drug-addicted daughter, Zoe (Caerthan Banks). This is not a rural community where hearts are worn on sleeves, however, and it is through the suppression of extravagant sentiment that Egoyan manages to truly pull on his audience’s heartstrings.

The story of The Pied Piper of Hamlin is intricately woven through the narrative’s emotional tapestry via a reading by Nicole to Billy’s children before the crash. It reminds the audience of the sad lame boy who is alone left behind, and suggests at the guilt – or potentially culpability – of the town after such a calamity. Egoyan’s interest in familial tensions is also brought to the fore through his weaving of two timelines into his narrative form; that of the days leading up to the accident and those after it. This allows him to reveal some of the residents complex relationships (affairs, abuse) and how these effect, and are affected by, the ensuing collective grief.

Whilst the drama;s narrative structure may represent Egoyan’s persisting style, it was perhaps the Canadian director’s most ambitious film to this point in terms of emotional engagement and textual complexity. Brought back into the limelight by Artificial Eye, The Sweet Hereafter is a moving tale of a tragedy that manages to be imbued with several difficult themes; loss, guilt, abuse, profiting from tragedy, repercussion, justice. A myriad of motifs designed to raise questions rather than answer them, and the film is all the more poignant for them.