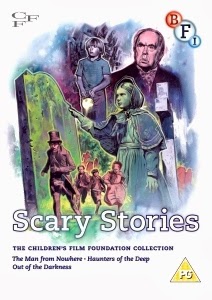 Ahead of Halloween, this week the BFI rerelease three spooky stories for children from legendary British production company The Children’s Film Foundation. The Man from Nowhere (1976) is a Victorian age tale focusing on orphan Alice (Sarah Hollis-Andrews) who, sent to live with her uncle George (Ronald Adam), encounters a mysterious man (Edmund Thomas) intent on frightening her away from their country mansion. Haunters of the Deep (1984), meanwhile, takes place in contemporary Cornwall where Becky (Amy Taylor) and Josh (Gary Simmons) – with the aid of a ghost – help to rescue a group of miners. 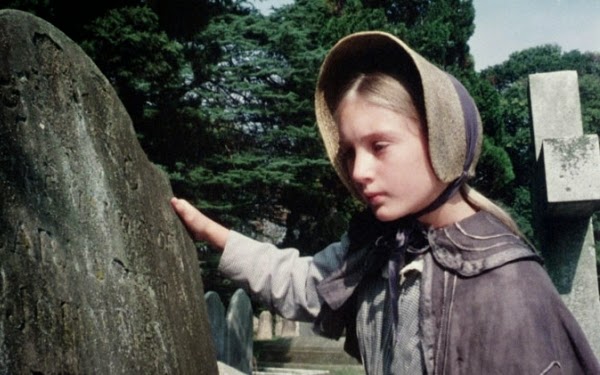 Out of the Darkness (1985), another modern yarn, involves a group of kids caught up in the past, when events from the era of the Black Death repeat themselves in a remote Derbyshire village. These Scary Stories from the CFF formed so much a part of the childhood of anyone growing up in Britain during the late fifties until the eighties, that any shortcomings the films may have are often filtered out by rose-tinted spectacles. The portrayals by the younger cast members may appear exaggerated as is often the case amongst child actors, whilst situations like the mother in Out of the Darkness leaving her children in the care of a stranger whilst she goes home, seems ill-advised even for the naive era in which it was made.

These faults aside, however, the three films within the Scary Stories collection mange to hold your attention and their hour long durations fly by quickly. In an age when much film and television – even that aimed at children – is peppered throughout with crass and suggestive references, it’s reassuring to find material still available which parents can give their children without fear of damaging or dubious content. Seen now, these feisty adventures may appear twee – a shame, as they’re piquant reminders of an era when children had to make their own entertainment, and were safe to be left alone for a day or longer without frantic phone calls from anxious parents.