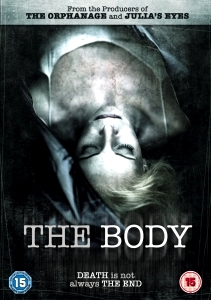 Spanish horror The Body (2012) is the entertaining directorial debut from Oriol Paulo, the scribe behind 2010’s Julia’s Eyes. Opening on a stormy night, we see the white-eyed security guard of a morgue fleeing for his life, only to be hit by a car and end up in hospital, comatose. So the mystery begins. Enter Inspector Jaime Peña (José Coronado), a coffee-swilling chain-smoker who’s haunted by his own dark past. He quickly discovers that a body has vanished without a trace, and that the only potential suspect is the dead woman’s husband and business partner Álex (Hugo Silva), whom Jaime brings in for questioning. 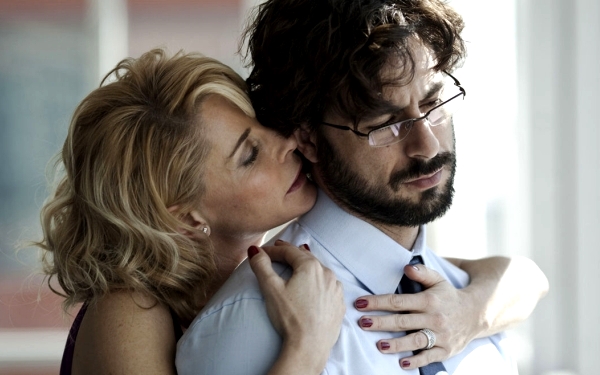 After these riveting first fifteen minutes we, learn that Álex is indeed the murderer, but there’s a twist – he wasn’t responsible for the disappearance of the body. For the most part, the film’s drama is contained within the setting of the shadowy morgue, accompanied by atmospheric (if hammy) thunder and lightning. Keeping the narrative located in the morgue serves the story well, cranking up the tension as this twisted tale plays out over the course of one night. What ensues is a decent mystery that generally avoids resembling its poorer cousin – the whodunit – partly down to DoP Óscar Faur’s polished cinematography (who’s currently off shooting Second World Two drama The Imitation Game, starring Benedict Cumberbatch).

Breaking away from the creepy setting of the polished-steel morgue, we receive a series of flashbacks concerning Álex, his domineering former wife Mayka (Belén Rueda) and his mistress, Carla (Aura Garrido). These sequences fill in the gaps of The Body’s plot; we see the downtrodden Álex under the thumb of his powerful CEO wife and, of course, the murder itself, along with the affair with the smouldering student. However, such moments – whilst giving us time to breathe – sadly fall into melodrama, hindered further still by Sergio Moure’s heavy-handed score.

As you watch The Body, you can’t help but get carried away by the events on-screen, always hoping for a tremendous pay-off come the dénouement. Sadly, as the pieces slowly fall into place a hollow feeling starts to sink in, and by the final act you’d be forgiven for feeling a little robbed from a chiller that potentially offered so much. In the final throws of this intriguing debut, you realise that the writing was never quite up to scratch and that there are just too many plot holes to become completely immersed. Paulo’s inaugural offering shows promise as a filmmaker – if he can just remember that which he learnt as a screenwriter.