The biopic – with its predilection towards didacticism and earnestness – has always been a troublesome form of cinema but, with Van Gogh (1991), Maurice Pialat expertly navigates the minefield of cliché and shakes the shackles of genre expectation to create an intelligent paean to creativity. Often overlooked, Pialat was one of the masters of French cinema, frequently combining underplayed naturalism with stark emotional maturity. He brings a humanist eye to the story of the last days of the legendary Dutch painter’s life, sidestepping the overcooked preening that so often blights period dramas. 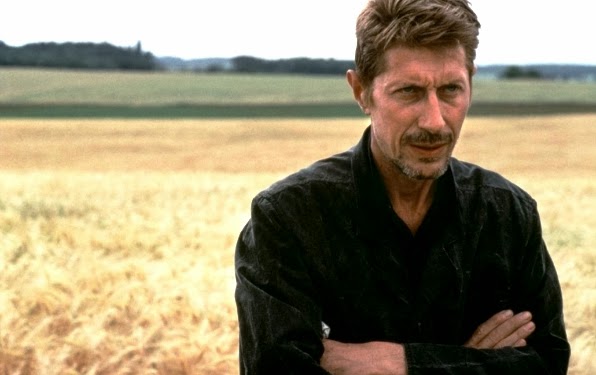 The film opens in 1890, with Vincent van Gogh (French rock star Jacques Dutronc) moving to the Auvers-sur-Oise. Sick, penniless and indebted to his brother, van Gogh stays in the local inn and is a frequent visitor of Dr. Gachet (Gerard Sety) whose spirited daughter Marguerite (Alexandrea London) becomes an object of his fascination. Realising his life is winding down, he continues to paint obsessively, despite little signs of commercial success. With an ominous event looming in the near future, he faces his final days with the same steely resolve and determination he’s shown his whole life. Pialat approaches van Gogh with the same sense of nuance and character demonstrated in films like 1980’s Loulou and A Nos Amours (1983).

The restraint brings not only a degree of modernism to the film, but also a measure of resonance for 21st century audiences. Its concern with love, art and mortality is infinitely relatable, especially when presented with the director’s characteristic thematic elegance. Pialat’s van Gogh is not an exaggerated real life caricature; Dutronc plays him as a quiet misanthrope, with his unassuming gait and hesitant demeanour barely concealing his intense charisma. He is a difficult, determined man; “His many weakness add up to a strength,” notes one character. Like Jacques Rivette’s La Belle Noiseuse from the same year, Van Gogh is not a film about a single painter, it’s a film about the unrestrained creative impulse and how that fits in around a man’s everyday life.

Yes, we see van Gogh painting, but we also see him eating, drinking and, bafflingly, mimicking a camel. With the exceptions of implicit familial tangles, the director is not interested in historical explanation; throwaway conversations cover things that someone like Peter Morgan would labour into a full scene of heavy-handed exposition. Pialat’s focus is on the compulsion of art and the resignation of life; the urgency of creativity in the face of mortality. By forsaking the specifics, we are given a film about the broader concerns of living.