After a string of underwhelming films, much-maligned American director M. Night Shyamalan – who was remarkably being touted as ‘the next Spielberg’ only a decade ago – is now associated with flops. For his latest endeavour, the auteur has called upon the talents of father-son duo Will and Jaden Smith for apocalyptic sci-fi After Earth (2013). Whilst it’s still not the return to form that avid Shyamalan fans were hoping for, it’s far from the disaster that some have been dreading. The narrative (which was conceived by Smith Sr.) is set over a thousand years in the future, where cataclysmic events have forced humans to abandon Earth.

General Cypher Raige (silly name, Smith Sr.) and his son Kitai (Smith Jr.) are on a routine trip through space when an asteroid storm damages their craft, forcing them to crash land on the derelict planet. With Cypher seriously injured, it’s up to Kitai to make the 100km trek across the treacherous terrain to retrieve their craft’s distress beacon. At first glance it’s an intriguing concept, but you don’t have to look too hard to see the plot’s fallibility, the biggest of which is the fact that we are told that everything on the planet has evolved to kill humans, and yet there are no humans on Earth to kill. 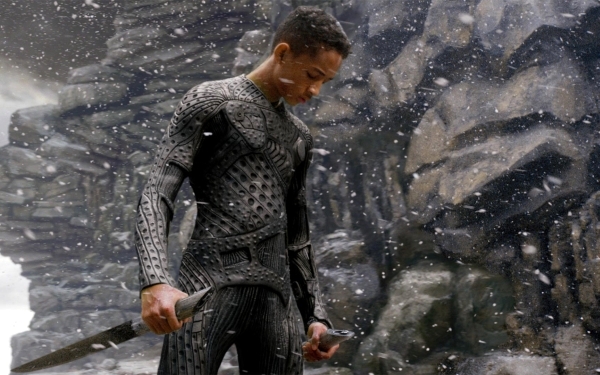 In its armoury, the post-apocalyptic scenery on offer here is beautiful, and having Kitai’s suit adapt to the ever-changing environment is a neat gimmick. In addition, the coming-of-age plotline is well-developed – with plenty of predictable father-son moments – and periodic flashbacks of a past tragedy help provide some much needed context to otherwise thinly-drawn characters. Unfortunately, this isn’t enough to disguise the fact that large segments of After Earth are painfully dull. Given the supposed precariousness of the planet, you would think that there would be danger around every corner. In reality, there is very little suspense built up here, with the action sequences often too brief to be memorable.

Although the role doesn’t make nearly enough good use of the actor’s abilities, Smith Sr. is convincing as the battle-hardened war hero Cypher. For most of the proceedings it’s Smith Jr. who takes the lead. Yet, whilst the young actor showed promise in The Pursuit of Happiness (2006) and The Karate Kid (2010), it’s clear that he is not quite ready to carry a film on his lonesome just yet, and the pivotal moments that need to resonate with the audience fall flat.

With a weak central performance from Jaden Smith and a narrative laden with problems, After Earth is one of the more disappointing blockbusters of 2013, entertaining only in spurts. With each passing entry, it seems less and less likely that the flailing Shyamalan will ever recapture the artistry of his early career – the pinnacle of which remains 1999 supernatural chiller The Sixth Sense.