Film Review: ‘How to Survive a Plague’ 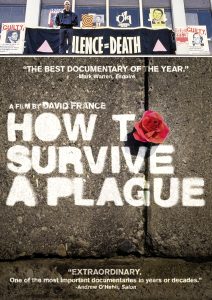 “Fascists can be concerned citizens.” This statement, made at a press conference by then-New York mayor Ed Koch, is just one of the many clips in How to Survive a Plague (2012) that plays as both entertainment and as a telling social/political moment. Koch was referring to the members and tactics of ‘ACT UP New York’, the subject of David France’s affecting documentary. Highlighting the way the group sought to galvanise public opinion and political will around the Aids crisis of the late-1980s and early-1990s, How to Survive a Plague unspools like a much-needed record of an important chapter in recent history. 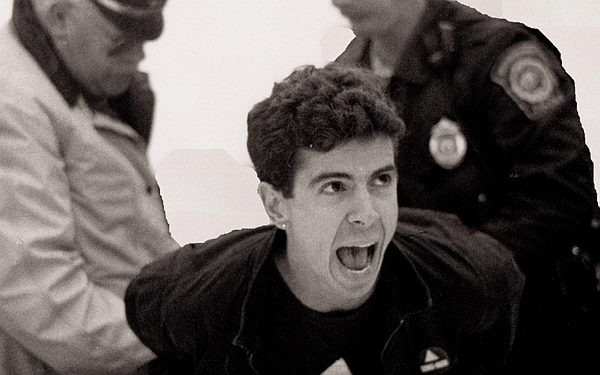 Like any doc that makes effective use of archival footage, the film also offers some fascinating off-topic insights into the period as well as making several implicit connections to life today. With a start, the audience realises the importance of photocopying to activism in the pre-internet age. On the other hand, a 1989 Wall Street demonstration makes the case that these guys were the original OWS; similarly, US pol/TV personality Pat Buchanan’s questioning whether simple celibacy might be a solution to Aids echoes past Stateside controversy over health insurance coverage of birth control. France does a sterling job of portraying the sense of cataclysmic crisis of Aids in its infancy, before efficacious medications were found.

Specifically, How to Survive a Plague succeeds at showing how Aids threw so many issues related to gay rights into tragic high relief, as if placed in a crucible. To this end, the film implements the conventional doc strategy of an alternating ‘now and then’ structure, with talking heads in the present used as counterpoint to voices from the past. Where it falls short, however, is in its tendency to over-dramatise. It’s unclear whether France, a first-time director, loses confidence in the innate power of the story he’s telling, the ability of the compiled footage to tell it, or the intelligence of the audience to ‘get it’. Again and again, both emotions and facts are clumsily double-underscored. A disarming portrait of activist Bob Rafsky, for instance, is undermined by the camera lingering to show his young daughter crying at his funeral.

The audience is at times subjected to a needless Aids death ‘ticker’ during the intertitles that’s intended to illustrate the passage of time. The overarching score is also an issue – its string sections seemingly played on a synthesiser, is meant to evoke the eighties era à la Nicolas Winding Refn’s cult hit Drive (2011), but for the most part it detracts from – rather than enhances – what’s unravelling on-screen. Ultimately, there’s no question that How to Survive a Plague supplies plenty of moments that are electrifying, inspiring and often both, courtesy of such luminary leaders as Peter Staley and Larry Kramer