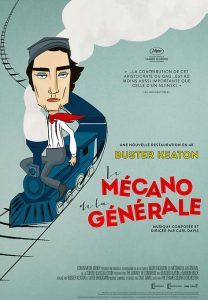 Buster Keaton’s silent era masterpiece The General (1926) makes a welcome return to UK screens this week thanks to a new Cohen restoration and an ongoing BFI retrospective. Pin-sharp and as luxuriously entertaining as ever, this timeless tale of a lowly railway engineer caught up in the American Civil War due to the two loves of his life – his locomotive and his girl – has lost none of its charm, wit or spectacle over the course of the last 88 years, with Keaton as watchable a comic star as witnessed before or since. From high-speed chases to moments of slapstick genius, Keaton perfected a cinematic formula to last the ages. 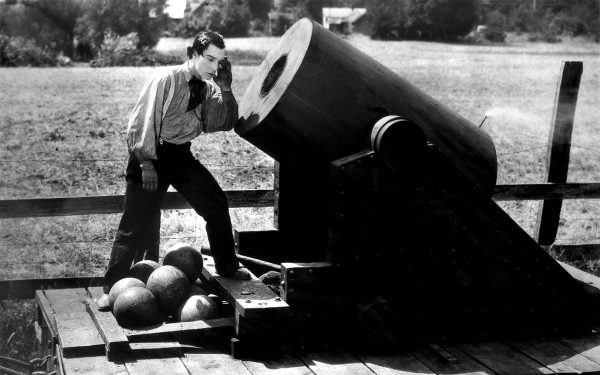 Keaton plays Johnnie Gray, an unassuming young train driver who will stop at nothing to impress his girlfriend Annabelle (Marion Mack) – even if it means joining the Confederate army to battle the rampaging Unionists. Rejected due to his importance to the upkeep of the railways during a time of war, Gray hits a brick wall. However, when a plucky band of enemy soldiers penetrate the Confederate lines in order to steal his beloved loco, ‘The General’, with Annabelle also on board, Johnnie turns knight in shining armour and races off in hot pursuit of the kidnappers. What follows is a joyous ninety minutes of derailment and tomfoolery as our hero battles against the odds to win back his twin loves from the dastardly Yankee thieves.

What’s once again clear when re-watching this glorious 4K restoration is that Keaton was no mere clown. One of the early household names of American filmmaking, his offerings show a remarkable understanding of film’s potential – both tapped and untapped. The locomotive, Keaton understood, was already an iconic part of cinema history thanks to the pioneering work of the Lumière brothers (plus other), and in The General he tames these hulking steel monsters, transforming them into his able supporting players as he leaps from one to another with unrivalled poise and skill. Famed for doing all of his own stunt work, Keaton propels himself into rickety carriages, down dusty hills and even through a flaming train shed as he goes from hunter to hunted; all the while never missing the opportunity for a well-placed sight gag or a deadpan glance at the camera’s mesmerised lens.

The BFI’s Buster Keaton and the Cinema of Today season runs until 3 February, 2014. For more info, visit whatson.bfi.org.uk.