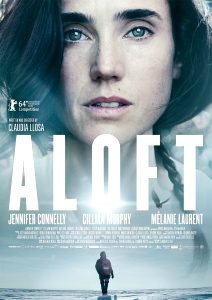 A bona fide turkey (albeit a handsome fowl) masquerading as a graceful, gliding falcon, Claudia Llosa’s Golden Bear hopeful Aloft (2014) isn’t short of ideas; the problem being that each and every one is so woefully explored over the course of proceedings as to baffle, irk and ultimately infuriate its dumbstruck audience. Llosa scooped the Berlinale’s top prize back in 2009 with The Milk of Sorrow and has somehow managed to ensnare the talents of Jennifer Connelly, Cillian Murphy and French actress Mélanie Laurent for this highfalutin hodgepodge of twigs, trauma and tethered birds of prey. Kes this certainly isn’t. 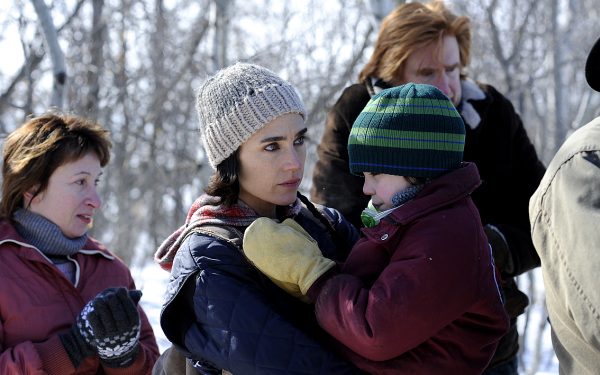 Connelly plays Nana, a mother of two boys who works on a pig farm tending for its livestock. She’s desperate to cure her youngest, Gully, whose health is gradually deteriorating due to illness. Taking both Gully and his brother Ivan to a bizarre faith healer in the middle of nowhere, the tranquil scene is disrupted when Ivan’s falcon (named Inti) crashes through the intricate twig structure where we’re to assume the magic ‘happens’. It transpires that Nana herself is a healer of sorts, able to harness nature to aid those with terminal ailments. However, when a tragic accident shatters Nana and Ivan’s familial bond, the damage seems irreparable. Years later, tenacious reporter Jannia (Laurent) tracks down the adult Ivan (Murphy) to close the schism.

Ambiguity in cinema is always worth praising, but it would appear that Llosa and Llosa alone holds the key to understanding her impenetrable new work. Whereas last year’s Berlin head-scratcher, Shane Carruth’s Upstream Colour (2013), kindly provided a smattering of evocative clues along the way, Aloft refuses to offer even the briefest glimpse of the full, unintelligible picture. Trudging through a series of disparate, wintry discourses on maternal obligation and/or sensual healing that orbit one cataclysmic accident, Murphy’s bird-bothering mummy’s boy and Laurent’s journo-with-an-agenda spout reams and reams of verbose dialogue until an inevitable fumble complicates matters further – if that’s possible.

Dead behind the eyes from the first scene of Connelly pulling a newborn swine from its squealing mother to its frankly flabbergasting finale, Llosa’s aloof Aloft shows almost no regard for its poor audience aside from the arresting visuals – courtesy of cinematographer Nicolas Bolduc – so why should we care? Llosa shoots for the stars with her oblique pseudo-think piece, but unfortunately ends up dragging her latest offering down to the bottom of the coldest, darkest abyss of cod spirituality imaginable. Save for some sort of twig-related miracle, the Golden Bear seems well out of reach for the Peruvian director.