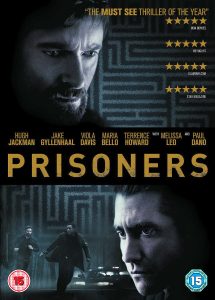 Following the success of his acclaimed Middle Eastern mystery Incendies (2011), Canadian director Denis Villeneuve returns with great promise, an A-list cast and a script from Contraband (2012) scribe Aaron Guzikowski. Films about child abduction are as a rule, a tricky affair that deal with an inexplicable well of emotions, so far that have been exceptionally explored in the stark realism of Keane (2004) and shamelessly exploited in high-gloss claptrap such as Ransom (1996) and The Tall Man (2012). Prisoners (2013) is a dank and excessively damp thriller that tackles abduction from an original perspective.

Beneath the weighty fog of Roger Deakins’ bleak cinematography, the Dover and Birch families join forces for a Thanksgiving dinner, during which, the family’s six-year-old daughters mysteriously disappear after leaving the house to play. The girls are nowhere to be found and the only clue to their whereabouts is the memory of a bedraggled RV. Tattooed detective Loki (Jake Gyllenhaal) tracks down the vehicle and its driver, Alex (Paul Dano), a dubious character with a vocabulary to rival Nell (1994). The suspect is interrogated and later released without charge. Keller Dover (Hugh Jackman) follows Alex and witnesses him strangling his pet dog. 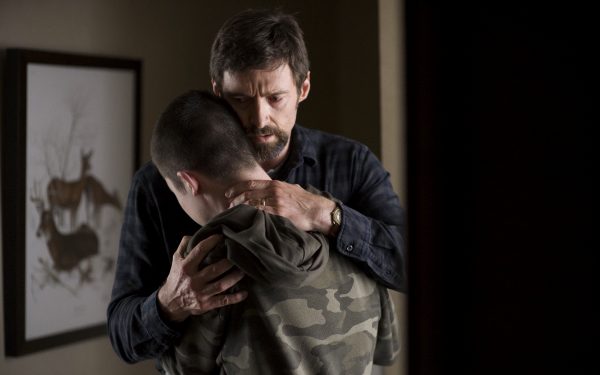 Assuming Alex is the kidnapper, he abducts the former suspect and imprisons and tortures him in a bid to extract information on his daughter’s whereabouts. Keller is joined by the other missing child’s father, Franklin Birch (Terrence Howard), and as time runs out the dads resort to desperate measures – but just how low will the pair stoop to see the safe return of the girls? One would expect a director as brave as Villeneuve to explore the range of complex emotions associated with the issue at hand. However, paternal emotions are curiously overlooked and instead concealed with incandescent rage and an overriding yet unrealised central theme of torture. Keller’s response to events is, predictably, wild and impulsive.

Unexpectedly, Howard adds a sense of humanity to the mix, delivering a refreshingly toned down, emotive, and sadly under-utilised perspective. The always reliable Dano encapsulates the perfect balance of vulnerability and monstrousness to create a confusing, culpable character, whose plight will engross the viewer until the end, regardless of the shameful explanatory monologues, that are usually reserved for the climax of a Scooby-Doo adventure. Prisoners has a great cast and an admirably abysmal aesthetic but ultimately it is a long journey, that leads in the wrong direction to a dead and emotionally dormant end.

Win a DVD copy of Denis Villeneuve’s Prisoners with our latest competition. Follow this link to enter.