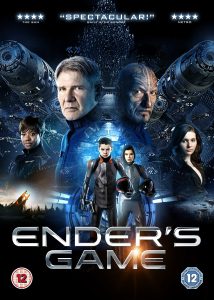 ★★★☆☆
Orson Scott Card’s revered sci-fi novel Ender’s Game spent years in development limbo, directors and stars coming and going before South African writer and director Gavin Hood got behind the reins to bring it to the big screen. Hugo lead Asa Butterfield stars as Ender Wiggin, a child prodigy believed to have the potential to lead humanity against the invading alien ‘Formics’. Under the stern eyes of a pair of officers played by Harrison Ford and Viola Davis, Ender rises through the ranks of military training school, making allies and enemies along the way. When Ender gets promoted, the film kicks up a gear, introducing mystery elements and several new characters. 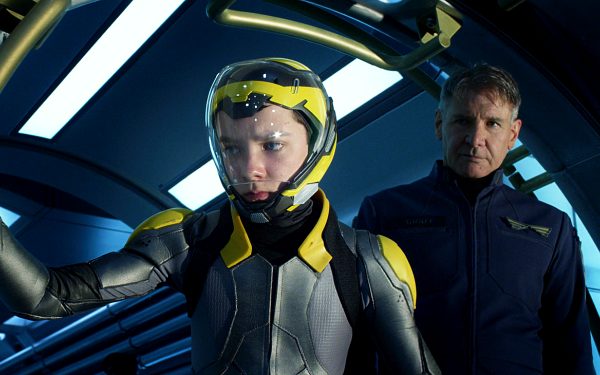 Fellow student Petra (True Grit star Hailee Steinfeld) takes Ender under her wing, and the friendship between the two gives Hood’s well-meaning adventure an emotional clout that had been sorely lacking up until that point. This section of the film also features a series of team training battles that take place in zero gravity, and Hood really makes these scenes thrill. Butterfield does all that is asked of him, but Ender just doesn’t feel that dynamic. We’re given evidence to show that the film’s young protagonist is as clever as his superiors suspect, but he never seems to be particularly brave, particularly violent, particularly empathic or any of the other traits that they discuss as vital components of the ideal human commander.

Butterfield’s Ender looks especially bland next to his colourful supporting cast; Steinfeld and Ben Kingsley are the standouts, even with the latter in a severely under-written role and fascinating facial tattoos. For a big-budget, highly anticipated sci-fi action movie, Ender’s Game surprisingly suffers from a lack of spectacle. The design of the film is smooth and efficient, but rarely thrilling. Almost everything in Ender’s world looks like it could have been borrowed from another film: the spaceship interiors from Prometheus (2012); the insectoid aliens from Starship Troopers (1997); Harrison Ford from Star Wars (1977). Even the space battles, which are mostly simulations as part of Ender’s training, are all too small feeling.

There’s a distinct and disappointing feeling of stasis throughout. Ender’s Game struggles to differentiate itself in an already overly-crowed genre, never entirely succeeding in staking its own clear, young adult identity and forever indebted to bigger, better sci-fi adventures. Yet despite these many niggling weaknesses, the film features enough of interest to recommend it. There are weighty ideas bubbling around that could have either saved or sunk Hood’s big-screen adaptation. It may not be a masterpiece, but Ender’s Game an enjoyable, often admirable venture.