Film Review: ‘A Story of Children and Film’

Mark Cousins downsizes after his 15-hour opus The Story of Film (2011) with companion essay A Story of Children and Film (2013), which serves best as a side-project to his 2009 work The First Movie. His signature style of single takes, flanked by his inimitable northern-Irish narration is here too, and the doc continues his sprawling, unapologetically personal look at film history, segueing seamlessly between works even if they’re decades and genres apart. Cousins’ thesis is that films on childhood are about freedom, about overcoming someone else’s control or personal imprisonment, and that children’s cinema is always searching for a renewed sense of self. 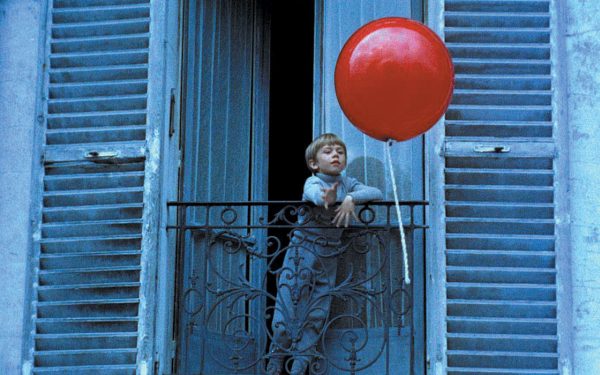 Cousins’ films range from the more obvious – The 400 Blows (1959), Kes (1969) and E.T. (1982) – to the gloriously esoteric – Long Live the Republic (1965), The White Balloon (1995) and the films of treasured Iranian director Mohammad-Ali Talebi. He announces that “movies are like kids, kids are like movies,” that children’s emotions and thought processes cut like film edits. Cousins returns again and again to a scene with his niece and nephew playing for the camera in his apartment, first shyly, then wide-eyed as they begin to enjoy the limelight. It’s all shot in a lo-fi manner, but there’s something unutterably charming and utterly genuine about the way he links two children’s actions to his own encyclopaedic knowledge of film history.

Most interesting, however, is how Cousins related children’s attitudes to society to those attitudes of the audience. Cinema of childhood tries to show up the relentless absurdity of adulthood – its conflict, violence, class, money. But it’s the coming of adulthood that requires of children a desperate compromise into adult morality, and that’s the key in so many stories. Of course, there are more exuberant images in A Story of Children and Film than there is clear internal logic. It’s difficult to decipher how exactly Peter Brook’s Lord of the Flies (1963) or indeed Michael Haneke’s Palme d’Or-winning The White Ribbon (2009) figures in that thesis, but Cousins lets you bathe in his film’s images and the links between films fade into relative insignificance.

Cousins’ narration does sound as if he’s reciting poetry to an assembly hall (he is a former university lecturer), but he never seeks to do anything more than let the audience relax and enjoy his film choices. Bookended by scenes filmed at Van Gogh’s asylum in Saint Remy, Provence, where the painter drew impressionistic pictures of its gardens, Cousins’ reflection that “people have often seen a lot in a small thing” is perhaps more unexpectedly poignant that academically literate. Children have a cinematic view of life, says Cousins, in that they do see things in life in their purest forms, with none of the emotional, or philosophical baggage of adulthood. That inanimate machine, the movie camera isn’t so different.

A Story of Children and Film is released in UK cinemas on 4 April 2014. For more info, visit dogwoof.com.