Every year, thousands of newborns are abandoned in Morocco alone. Many of these instances occur as a result of the stigma attached to illegitimate children in Muslim countries – the product, as they are, of illegal sex out of wedlock. There is a subsequent status of social pariah thrust upon the mothers, with unyielding judgement bared down upon parent and offspring; both are ostracised with basic opportunities such as education and employment uniformly denied them. In the commendable if conventional Bastards (2014), documentarian Deborah Perkin explores the diverging definitions of her title in Morocco, a country with its own duality regarding single mothers and their by-blow progeny. 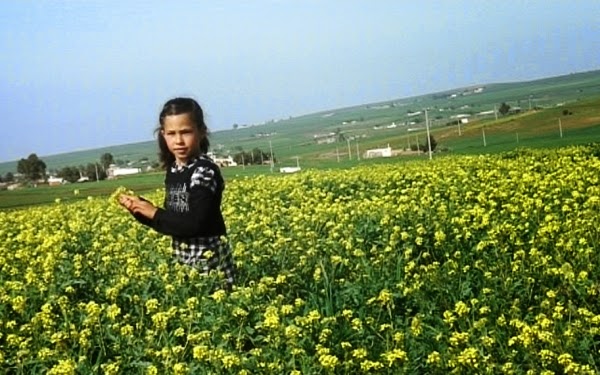 Perkin takes the likable Rabha El Haimer as a pseudo-protagonist of her non-fiction portrait of the lives that such women must endure in modern Muslim countries. When she was just 14 years of age, Rabha was packed off by her parents to be wife to her cousin. Not legally old enough to marry, she was none-the-less wed in a fatha ceremony where the groom was not present, and the lack of a certified official meant that they would need to legitimise the coupling at a later date. Instead, Rabha was abused, raped and then accused of adultery before fleeing back to her parents, pregnant with her husband and her uncle (his father) denying the marriage at all. Rabha’s case is a particularly cruel one – though indicative of a social structure that encourages misogyny by allowing it to thrive unabated.

The general milieu is one in which men can shirk their responsibility by denying the existence of the child. This is distressing enough to anyone, but it becomes all the more insufferable when combined with the legal and social impact that this has. Fortunately, Perkin has chosen the one country that is attempting to impose some kind of equilibrium, with women now able to take their cases to court and sue for legal status. Intending to infuriate and raise awareness of an important and pervasive issue, Perkin also seeks to find the humanity in all of the people that she includes and this often manifests in moments of gentle comedy. By choosing to explore these Moroccan stories, she has found a vein of hope pulsing in an otherwise depressing situation and these are echoed in the faces of the youngsters who may potentially one day be recognised. Whilst its digital footage and fly-on-the-wall aesthetic do little to break the mould, Bastards proves rewarding viewing by shining a light into darkness and finding warmth in its winning subjects.