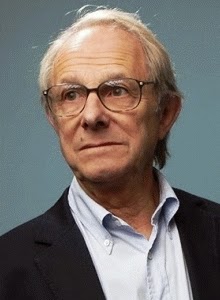 When Ken Loach’s Jimmy’s Hall (2014) premièred at this year’s Cannes Film Festival, there were murmurings that after fifty years of executing his own Loachian brand of social realism, the director had opted for a softer approach. When we spoke to Loach and his longtime screenwriting partner Paul Laverty, their reaction suggests this may not have been the intention. Set in a small town in 1930s Ireland during the struggle for independence from Britain, Jimmy’s Hall presents a conflict within a conflict as the protagonist, Jimmy (Barry Ward), fights to save his local community hall from closure by the Catholic Church. Loach’s recent documentary The Spirit of ’45 (2013), a film about the rise and fall of British Keynesian politics, was a direct look to the past for solutions to present day problems.

Jimmy’s Hall has the setting and tone of a period piece, yet the issues it explores still resonate today. Inspired by the real-life story of Irish activist Jimmy Gralton, the film presents the struggle to preserve the local hall as a space for independent thinking and learning. Laverty explains why this is important: “The people who really understand this need for a free, safe space to meet and think are the people in places such as Greece, Turkey and South America. These are people who are really fearful of their lives if they criticise power. They didn’t see this film as ‘quaint’ or situated solely in a little cul-de-sac down history’s way many years ago. It feels like a real live issue for them, and we need that especially now with the increase in intolerance in this country and the Far-right increasing its importance in many other countries.” Laverty and Loach first collaborated in 1996 with Carla’s Song, a Glasgow-set drama about a Nicaraguan refugee.

They followed with films such as 1998’s My Name is Joe and 2006’s Palme d’Or-winning The Wind the Shakes the Barley, which explored the brutality of the Anglo-Irish conflict. Throughout their work, stories of ordinary people are consistently brought into wider sociopolitical context. Jimmy’s Hall is no exception. Loach explains how he negotiates the personal and the political: “The characters and Gralton in particular have learned their politics throughout their lives. Jimmy’s done all the manual trades; he’s learned what it is to be exploited, and to organise against the employer. He’s learned what it is to be in the military and see the role of the military. So it’s not academic – it’s actually who he is. The other characters were involved in the War of Independence and fought British imperialism.”

Education is an important factor in the film; it’s suggested Jimmy’s political activism was also born of a childhood exposure to books. Laverty agrees: “The hall is a good example of it, it’s a place where people meet to study, and to look at history. By looking at history they’re confronting the realities and the choices all around them, the dispute between the landlord and the tenant for example.” Jimmy’s Hall has an undeniably more mainstream style and tone in comparison to earlier work. However, ‘mainstream’ is a word that Loach is keen to interrogate, holding the view that the mainstream itself is political; we just have to understand what these politics are: “There are big commercial films that are deeply political yet don’t declare it. Their subtext is defending the status quo – positioning America as the hero nation, of worship of wealth and hierarchy; glamorous film stars and fine living but no visible means of support.”

Screenwriter Laverty suggests that whether something is arthouse or mainstream is not necessarily in the hands of the director: “The market says what is arthouse. It’s their way of saying ‘this is irrelevant’.” Ownership of language to define what’s relevant arguably drives the narrative of Jimmy’s Hall. In a parish that relies on the Church to guide them, religion determines debate and discourse. Loach believes the media adopt this role today. “What the Catholic Church did in 1930s Ireland, the media does now.” Laverty agrees, “If you watch BBC’s Newsnight for example, who comes on? Who are the experts? The new theologians – the new men of the cloth are the men in suits, the IMF (International Monetary Fund) and the World Bank, and the stream of economists who say austerity is the only alternative.”

So there are parallels to be drawn with the film and the current crisis of capitalism? It’s a continuation of the same system, says Laverty. “In Jimmy’s time 80 years ago he makes a speech about a system steeped in illusion and greed. The essence of that system hasn’t changed, technology has changed, but essentially shareholder value is much more important than giving everyone a chance to live a dignified life. We’ve been accused of tagging that speech on, but it was actually true to Jimmy’s time. He actually did make a speech like that. And it does resonate now because of the reality we face.” The notion of collectivism is a historical discourse that Jimmy’s Hall explores at length. The dialogue is rich with the language of revolution. A scene where two priests debate Marx is compelling. Loach grapples with collectivism in an age when most people born post-privatisation have a lesser understanding of what it’s like to own something together.

“The idea of working together for the common ownership, democratic control – this goes back to the peasant’s revolt, these ideas flourished again in the civil war with the diggers and again throughout the 19th century. These are long-cherished ideas that one can live in a way where the criteria are solidarity and mutual support, and being your brother’s and sister’s keeper rather than doing a deal to get the most that you can. These are two conflicting philosophies, but the way our consciousness is manipulated now, it’s only the consciousness that says the freedom of the individual is the freedom of everyone has dominated against the idea that we are stronger as a team, that we work better together.” Revisiting Marxism today is important, then? Both director and screenwriter answer unanimously. “Absolutely.”

There’s an undeniable warmth to Jimmy’s Hall. Does this translate into hope for the Left? Loach claims he didn’t see it like this: “Hope in resistance is inevitable in a way, because people wont take being held under the thumb permanently. The danger is when it turns into bitterness and vindictiveness and you get the fascists in power. Whereas the alternative, positive sense of what we can achieve together requires more effort – it’s a more complex argument, but its part of our instinct. You see someone in trouble and lend a helping hand. As Gralton says in the film, it brings out the best in us. That’s the hope.”

Ken Loach’s Jimmy’s Hall is out now on DVD and Blu-ray. To read our DVD review of the film, follow this link.