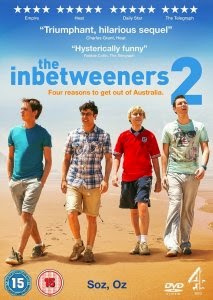 The failures of The Inbetweeners 2 (2014) – as with many other films crafted from much-enjoyed television series’ – would be easy to chalk down to the impossibility of recapturing the magic of what worked so well on TV into a new and scary medium. But attributing the hit and miss nature of this knowingly crafted sequel to that leap is far too simple an excuse. If the original The Inbetweeners Movie (2011) film merely stank like mouldy socks left in the washing machine too long, the odour emitted by this ill-advised follow-up could probably be likened to the bog of eternal stench that was the communal camping tent known to fans of the series. 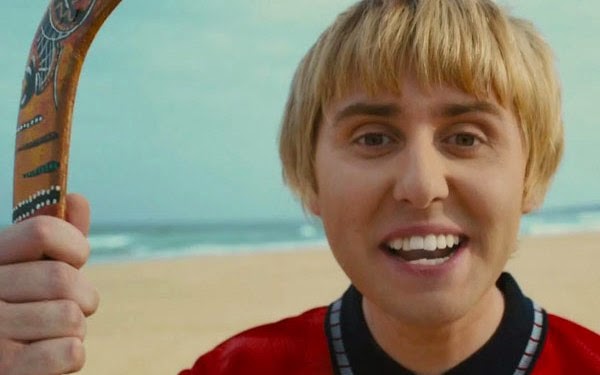 The premise is unsurprisingly similar to the last outing; Jay (James Buckley) is now in Australia telling fibs about various ladies and his glowing career, the rest of the gang are getting on at home with varying degrees of success. Will (Simon Bird) is a pariah at university; Simon (Joe Thomas) is also at university but having problems with his unhinged lady; and Neil (Blake Harrison)? Well, Neil is just Neil. After the latest disappointment, the three of them decide to go and find Jay in Oz. He confesses that he yearns for old girlfriend Jane (Lydia Rose Bewley), who he‘d followed to Oz and wants to track down. What happens next is fairly degrading on everyone’s part and only a tiny bit funny, which sees the film travel from predictable to incredibly dull, via infuriating.

The usual poop, pee and testicle jokes provide some amusement and are the right kind of cringe-worthy, even if expected, but are far outstripped by the sheer number of misogyny-laden and badly constructed set pieces. Any enjoyment to be had from moments of true solidarity and friendship are lost with the boys leaving behind being acceptably doltish and inexperienced, instead becoming merely objectionable. The only one seemingly capable of redemption is Will, who manages to claw his way to a half decent storyline.

There is no doubting the talent of these four actors, though, which means the main problem with The Inbetweeners 2 lies elsewhere. Writer/directors Damon Beesley and Iain Morris should be hanging their heads in shame at the lack of imagination on display in this screenplay, which becomes especially tedious in the handling of any female coming into contact with the foursome – these women instantly characterised as either sluttish, bonkers or ugly. This was never the case before. Within the confines of the episodes, the boys’ bravado, lack of experience and well-timed gags meant that they were somehow awkwardly adorable, even Jay. Out in Australia there is no one to save their souls. Thankfully, the cast have hinted that there won’t be a third and progressively more substandard film, despite the box office success. Let the mourners come.