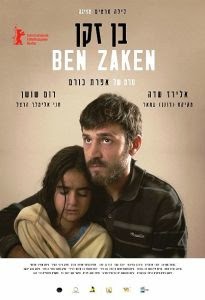 Israeli director Efrat Corem’s debut feature Ben Zaken (2014) is set in a cramped apartment in a poor suburb of Ashkelon, a coastal city in the Southern District of Israel. Two adult brothers Leon (Mekikes Amar) and Shlomi (Eliraz Sade) live with their mother Dina (Chani Elemich) and Shlomi’s troubled daughter eleven-year-old Ruhi (Rom Shoshan). God-fearing Leon works in construction and employs his younger brother as a night watchman, but Shlomi hates the job and resents having Leon as his boss. He’s constantly tired, barely eats, chain smokes and is worried about Ruhi who’s a loner and being bullied at school. 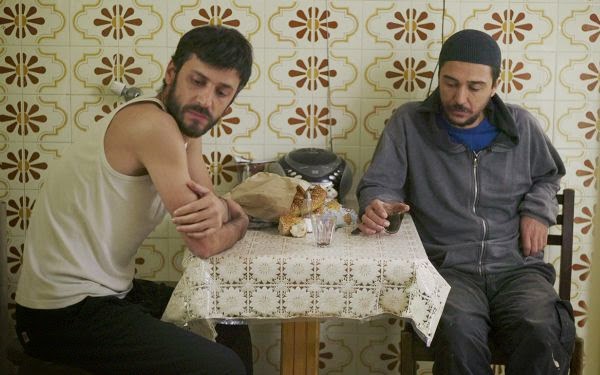 Ben Zaken opens with a blank canvas and Corem’s characters always step into frame as if to suggest that their various misfortunes are not of their own making. Corem swiftly builds up a claustrophobic environment. It’s hard to believe the city is on the Mediterranean. Both interior and exterior shots are deliberately drab and while Dina spends all her time cooking and cleaning for the family, Ruhi and Shlomi give off a general air of dishevelment. Motherless and rudderless, Ruhi becomes more and more unruly. She spits out her food and screams at her grandmother when she doesn’t get what she wants. The only person she remains calm with is Shlomi who she sleeps beside most nights. Child welfare officers are keeping an eye on the family and believe Ruhi would be better off in a home.

Leon and his mother are inclined to agree. Shlomi worries that this would be a betrayal of his young daughter. And so it goes on; an endless cycle of misery. Little breaks the tedium of their home life. Even though local beauty, twenty-year old Riki (Batel Mashian), is in love with Leon he ends up snubbing her in brutal fashion. The brothers bicker but are united when Leon decides to teach a neighbour a lesson, convinced that he has been trying to lure Ruhi into his flat. Although, Corem takes social realism to its limits, she elicits some great performances from her non-professional cast. Shoshan’s huge dark eyes, long tangled hair, grave face and small, taut mouth make her a particularly memorable presence. However it is unclear what makes this sad tale unique to Israel. This could have been any working class family, struggling to get by in a rundown estate, crushed and brutalised by poverty. Ben Zaken is relentlessly bleak and would have benefited from some lightness and humour to leaven the mood.