The central victory of Ron Mann’s fond portrait of the maverick American filmmaker Robert Altman is how personal he manages to make it. For a documentary about a director with such a strong authorial voice, it seems only fitting that Altman (2014) is largely narrated by the man himself through various interviews and recordings. In concert with these are words from his widow, Kathryn, and two sons, Robert and Stephen, who worked with their father for years. They’re laid over a wealth of archival material – from film clips, to home videos and public appearances – that paint a unique and insightful picture of a fascinating man and career. 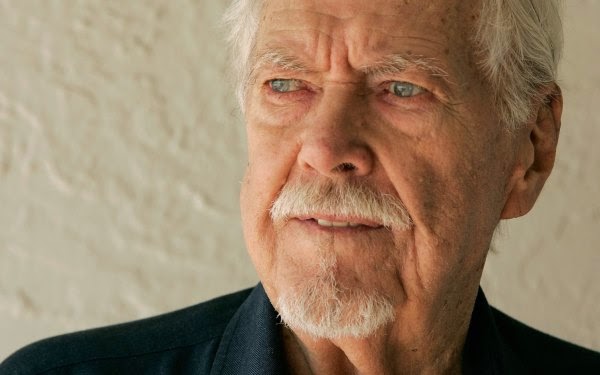 Even when the celebrity collaborators are rolled out – including James Caan, Julianne Moore, Lily Tomlin, Elliot Gould, Robin Williams, Bruce Willis – they provide suitably individual reflections. Throughout the film, Mann asks them to define the term ‘Altmanesque’ which is most often employed to describe his trademark style of meandering narratives; large ensemble casts; improvised, overlapping dialogue; wry satirical humour. Instead, they give all the more illuminating responses such as “fearless”, “making your own rules” or “creating a family.” The notion of family is an interesting one that is returned to several times during the film, both in his relationship with his own wife and children, and the cinematic family that he surrounded himself with.

Indeed, a recurring motif is the difficulty in separating the husband/father and the film director. The trouble that this may or may not have caused in the Altman household is scarcely hinted at, and this is not a film interested in worrying old wounds or looking in locked closets. Mann’s aim is to eulogise the filmmaker using his own candid and often-amusing words. He also had a career that lends itself to all manner of fantastic anecdotes, from his early start making industrial information films, to television, to swearing off television. His first feature film as director was Countdown (1967) which involved a run-in with studio president, Jack Warner. “He thought I was a bit of a smart-ass,” Altman recalls, and Warner fired him before the film was complete because he had “actors talking at the same time.” Ironically, this would become one of the traits that singled Altman out.

His relaxed observational style – “as if caught by accident” – was one that made his work unique from early on and films like MASH (1970), Nashville (1975) and Short Cuts (1993) will live long in the collective memory. Altman also helmed the odd shipwreck, however and the calamitous likes of Popeye (1980) make for equally interesting subject matter. All is covered with Altman’s own winning sense of humour and perspective which is what transforms what might otherwise have been a banal biographic doc into something a little more compelling. Most admirably of all, Altman evokes a real pang of nostalgia for the great director’s work and will have you seeking out a copy of The Player (1992) or McCabe & Mrs. Miller (1971) in search of your own definition of ‘Altmanesque’.