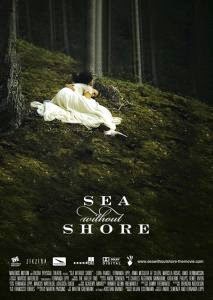 The endless oceans of love and grief are plumbed in esoteric and emotive fashion in André Semanza and Fernanda Lippi’s flawed and ambitious art film, Sea Without Shore (2015). Coming over a decade after the duo’s first feature collaboration, Ashes of God (2003), it sets out a similar stall, seeking to fuse together interpretive dance and formally experimental cinema into cogent and affecting visual poetry. Whilst the result on this occasion is certainly striking, it ultimately fails to elicit the desired effect on the big screen. Rather than working as a film in its own right, it feels like a short stretched that little bit too far, or a hypnotic sequence in a longer denser film. 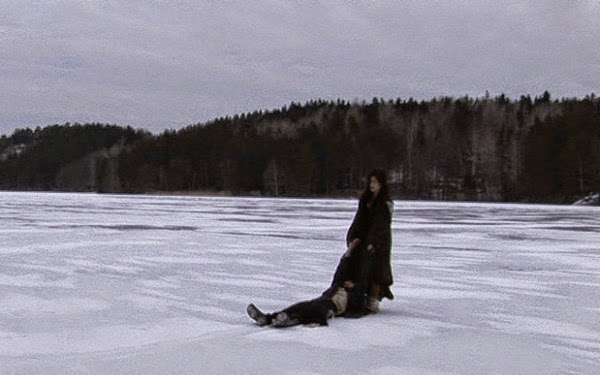 Of course, the sheer quantity of recurrence and repetition are central to the films themes; primarily a feedback loop of raw emotion. Interestingly, The Hafler Trio’s discordant score was crafted using the dancer’s own sounds creating a cyclical inspiration not unlike the self-consuming psychological spiral. Shot in rural Sweden, it moves from open meadow to a dusty and rundown old house and into darkening and icy woodland. Though to recount a synopsis is fast approaching folly, the basic premise involves one women mourning the loss of another; her soul mate. As such, the landscapes that are traversed drift seamlessly from the real to the imagined and back again – though the notion of any categorical reality at all is one built on unsteady ground.

From the first moment to the last, Sea Without Shore places itself in a space between dream and nightmare submitting to the crippling agony of sorrow. Complementing the score is Glenn Freemantle’s haunting sound design and forceful imagery of Marcus Waterloo’s CinemaScope photography. Admittedly, though, he struggles to bring the increasing scenes in the snowy forest to life – they grow flatter by the minute. Such things are perhaps necessary in a film entrenched in an arduous trek that turns inwards on itself in perpetuity. The problem is that this sags low beneath the weight of the cinematic form and the incorporeal poetry recitation proves inert more often than hypnotic.

That, however, is rarely the case for the dancing which is exquisitely choreographed – and performed – by Fernand Lippi. She shows an immaculate eye in composing her performance for the screen rather than the stage, particularly in the sequences that occur inside the old house. The frame is utilised to its fullest and repetitions build momentum and tragic tension. Sadly this is maintained only within each sequence and the overall effect is far less than the sum of its parts. Sea Without Shore is a curiosity, absolutely, and contains some truly wonderful moments but the successes are mostly lost amidst its own roiling waters.