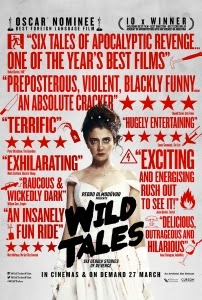 Damián Szifron’s Wild Tales (2014) is a ferociously dark, hilarious ride that doesn’t just mock the corruption and social injustices of modern day Argentina, but also deeply relishes the resort to vigilante violence. His six vignettes’ over-the-top bursts of bloodthirsty mayhem, quirky characters and O. Henry-like twists of fate in a cheerfully colourful palette, feel familiar; and no wonder, as this film was produced (and obviously influenced) by Pedro Almodóvar. These slice-of-life tales are only tangentially related in terms of plot, but share the recurrent theme of the breakdown of civilisation, of the underdog citizen relentlessly victimized by the wealthy and powerful. 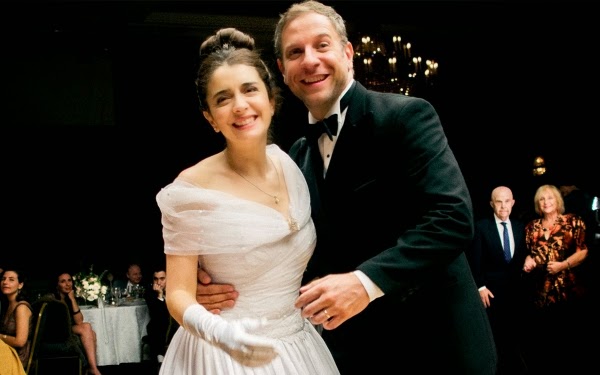 The plight of self-important professionals on the verge of a nervous breakdown is wonderfully summed up in the opening tale. Stuck on a plane piloted by Victor, a begrudging musician who they all once managed to wrong, they resort to blurting out last-minute confessions and redirecting blame: “It was your parents who ruined your life, Victor,” calmly rationalises Victor’s psychiatrist. Unfortunately for the doomed passengers, Wild Tales is all bark and bite. Szifron’s wake-up call to Argentina – demonstrated by the plane’s nose-dive into the backyard pool of a self-satisfied couple – appears directly aimed at the upper-class. Savagery and barbarism is sparked by all too well-known triggers, such as the road rage of a businessman who provokes the wrong red-neck.

Taunts quickly devolve into a brutal crowbar vs. fire extinguisher death brawl that not only demonstrates how horrible total strangers are capable of being to each other, but where society is headed if we can’t stop: a pair of skeletons embracing amidst the flames of destruction. Another car explosion is masterminded by an engineer whose encounters with bureaucratic extortion turn him, at first, into a terrorist, then absurdly, a social media martyr. Similarly, an ex-con cook complains to a waitress, “Bastards rule the world,” when a local thug, now running for mayor, strolls into their roadside diner. It isn’t just the outrageous wrongdoing of the system she’s railing against, but the passivity of a complicit society that condones and even perpetuates it. As for the thug, it turns out that revenge is not a dish served up cold, but as a plate of steaming, delicious fried eggs – filled with rat poison.

Gleeful one-liners and frantic pacing aside, Wild Tales often feels less like real storytelling and more like superficial contrivances inflated by mechanized melodrama. For all its transgressive wackiness, sexuality, and rage, it lacks the psychological ambiguity, the transformative compassion and dolour of, say, an Almodóvar film. Most satisfying is the tale of a betrayed bride – and her wrathful rampage at a picture-perfect wedding – as a caricature of upper middle class hypocrisy and hedonism, as well as of the eternal war of the sexes. But even that techno-fuelled spectacle disappointingly fizzles in a rather pat reconciliation and reinstatement of the status quo. Despite Wild Tales‘ moralising force and abundantly entertaining black humour, the viewer risks remaining unmoved. Hell is other people, but what’s next?