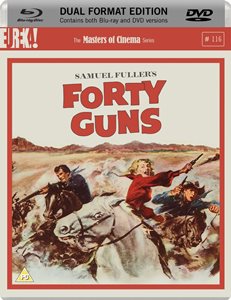 During his tenure at The AV Club, Dissolve editor Scott Tobias conceived of ‘The New Cult Canon’ – a list of modern classics from across the board, blind to the demarcations of low and high culture. It was one of the key critical milestones of the last decade; acknowledging the inescapable importance of a canon in film culture while simultaneously raising the level of discourse and attention afforded to films that, while well-respected, were never treated with the uniform reverence given to more prestigious counterparts. Perhaps more importantly, Tobias’ list reflects the fact that even poorer films can be as important in gauging the cinematic climate of a particular era as the great works, cult or otherwise. 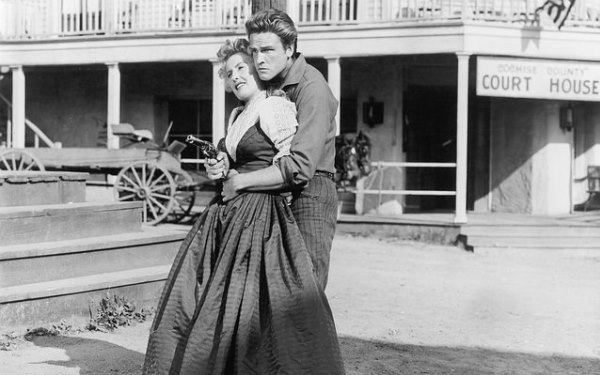 The canon as a concept in cinema relies on the unshakable, monolithic classics that define the art. The Westerns in the group are equally feted; from The Searchers (1956) to Rio Bravo (1959), they are weighty works that encapsulate the ethos of the Western; America is found within. Imagine an alternative Western canon; one which is informed by its sturdier counterpart but still willing to blaze its own unique, curious trails. One that covers snowy peaks, psychedelic expanses and blood-scorched dirt; the flipside to the genre’s expansive aesthetic, but equally important. Samuel Fuller’s Forty Guns (1957) would be its centerpiece; a propulsive masterwork of extraordinary technical panache. Like Nicholas Ray’s Johnny Guitar (1954) or Fritz Lang’s Rancho Notorious (1952), it is a matriarchal Western in which Barbara Stanwyck’s local rancher clashes with a marshal who is new to town (Barry Sullivan).

It was made at the closing years of the genre’s heyday, and yet it is not self-consciously mournful. Instead, the promise of the West is couched as a struggle for freedom and control; the local pioneers – defined by their land that’s run on their own terms – and the Federal government who are there to subsume the land into the rest of America. Fuller was fascinated by this tension; his films The Baron of Arizona (1950) and I Shot Jesse James (1949) were similarly predisposed. Fuller was always a master, but Forty Guns found him at the height of his powers, deploying some of the best crane and tracking shots this side of Minnelli. Picture the thrilling kinetica of De Palma’s Snake Eyes (1998) transferred to the Old West. The camera swooshes, the violence crackles and the pace never lets up; it’s quite a thrill. Let us anoint Forty Guns as the centerpiece of the Cult Western Canon, where it would be joined by the likes of Wellman’s Track of the Cat (1954), Tourneur’s Canyon Passage (1946) and Hellman’s The Shooting (1966). Ford and Hawks were the kings of the West, but these guys were the unruly knights, marching to the beat of their own drum across cinema’s vast, rich landscape.