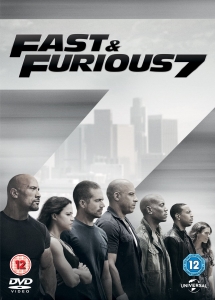 The (reputedly) final instalment of the flashy franchise that’s risen to prominence in pop culture over the past fifteen years is every bit as campy, unbelievable, full-throttled and sentimental as one could hope for. The biggest issue with Fast & Furious 7 (2015) is also its biggest asset: it has reached a level of ridiculous self-reflexivity that leads to sequences begging the viewer to play along for just a little while longer. For a film that packs every last second of its two-hour run time full of raging engines and smoking tyres, that’s a big ask. 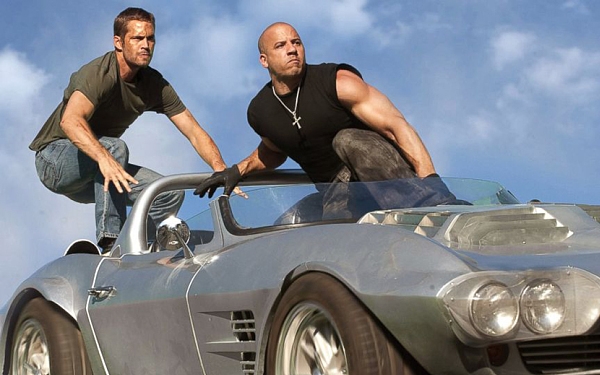 Director James Wan (switching serious gears from his home comforts in the horror genre) manages to fuel his picture with the franchise’s classic signposts – lots of skin, loud music, energetic action sequence – while edging in some tender moments. Fast & Furious 7 is a megawatt film and one heck of a finale. This installment situates itself after the events of both Fast & Furious 6 (2009) and The Fast and the Furious: Tokyo Drift (2006). With his brother Owen (Luke Evans) in the hospital after the events of the last film, Deckard Shaw (Jason Statham) seeks revenge on Dominic Toretto (Vin Diesel) and the rest of the crew: Brian (the late Paul Walker), Letty (Michelle Rodriguez), Roman (Tyrese Gibson) and Tej (Ludacris). The hunt for Shaw is a “fight to end all fights” kind of venture.

It leads the team from the Caucasus Mountains to Abu Dhabi and finally back to their hometown of Los Angeles. Along the way, they save young computer hacker Ramsey (Nathalie Emmanuel), who possesses the tech they need to track Shaw down. Naturally, the most outstanding moments are those involving the cars (what’s not to love?). Particularly brilliant and over-the-top is when the team, each in their own respective hot rod, backpedal out of a plane and parachute onto a remote highway in the mountains in pursuit of their target. The fantastical element is in full effect here. But amidst the thrill of this sequence, the scene is rife with team banter and brows furrowed in determination – which draws attention to the other core aspect of the film: the team as a family unit.

Its a major theme here. The banter between Tej and Roman is extra silly; the reunion of Letty and Dominic is rife with beleaguered romance; the bond that these characters share is expressed with full force of passion. With the passing of Walker having happened in the middle of filming, its hard not to separate the actor from the character. Every scene with Walker hold extra brightness and tenderness. And, most warmly of all, both men are given a touching farewell in the film’s coda. This is the finale this franchise deserves. While it can feel, at times, a little too scattered (often in terms of plot), this is a praiseworthy venture. Its a film that knows its audience well enough to give them exactly what they demand and deserve after more than a decade of dedication.

Just about every car parts geek can find something to love about Fast 7. Of course fans of hot cars would see Fast 7 whether the reviews were good or bad. Any auto Parts Geek Reviews of Fast and Furious 7 will surely include kudos to the awesome stunt drivers for creating some unbelievable action sequences on-screen.