Toronto 2015: ‘A Tale of Love and Darkness’ review 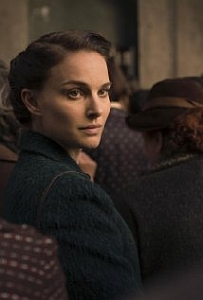 Tackling the period surrounding the British Mandate for Palestine and the subsequent formation of the State of Israeli is a very brave choice for a directorial debut. With A Tale of Love and Darkness (2015), Natalie Portman has not just taken on the challenge but also adapted Amos Oz’s autobiographical memoirs in such a way as to attempt to present less-than-straightforward positions around a still incredibly contentious issue. There are undoubtedly kinks to iron out – the film has a particular problem with pacing during a section that requires careful handling – but this is a handsome and assured feature and certainly suggests a bright future behind the camera for Portman, who also stars. 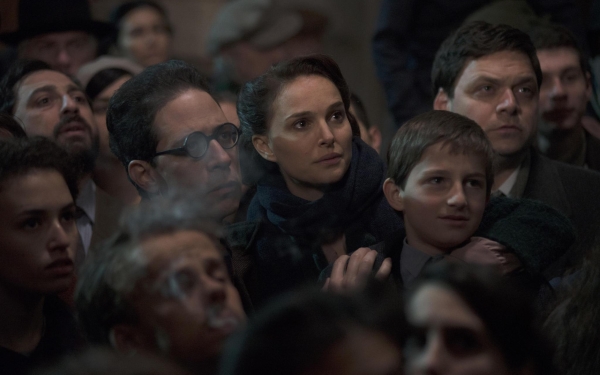 Portman plays Oz’s mother, Fania; an effervescent woman who died at the tragically young age of 38. The centre of her son’s world, she is the primary focus of the narrative which is presented through the memory of the elderly Amos recounting her tale from the 1940s. This leads to some undeniably romanticised recollections, but it is entirely in keeping with a woman who struggled with the exact same problem herself. A poetic soul, brimming with idealism she long held a fantasy of a sensitive, rugged revolutionary who would fight for Jewish freedom but was as natural on a plough as on a battlefield. However, her dreams of rebellion were oddly scuppered by the victory she utterly craved.

It’s a fascinating contradiction that butts against the more straightforwardly celebratory reactions of the young Amos (Amir Tessler) and his father, Arieh (Gilad Kahana), but as Fania succumbs to melancholia, so the film too buckles under the weight of her paralysis. Tessler and Kahana are both very good as the bookish pair who struggle to break her from her reverie but the languor can’t help but spread to the audience. Before that sets in, there is much to commend. Politics naturally plays a key part and is delicately woven into scenes and plot developments. The early sequences are punctuated by mythical yarns spun by Fania that allow for slightly more aesthetically interesting flashes and Slawomir Idziak’s cinematography manages to combine a muted palette with bolts of vivid colour and plenty of murky blacks. As suggested by the title, darkness is a recurring theme. In one of Arieh’s several forays into the linguistic contortions he explains to Amos that words such as ‘darkness’, and ‘forgetting’ stem from the same root; ‘lacking’ (i.e. lacking light, lacking memory). By way of this clever exchange, darkness becomes a pervasive presence whenever something is “lacking” – from a couple lacking children (“a million kiddies” cries one wretched soul in 1945) to Fania’s eventual lack of will. “This disappointment is in the nature of dreams,” asserts the wizened older Amos, but it makes his mother’s drawn-out demise no easier to bear – for the characters or the audience.