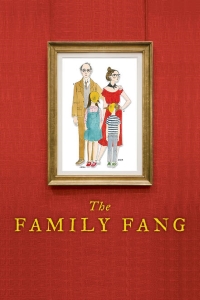 The Family Fang (2015) is Jason Bateman’s second directorial undertaking. Known predominantly for his work in Arrested Development, feature film comedies and oddball roles in more serious pieces, Bateman proved in this year’s The Gift (a scintillating debut picture by Australian actor Joel Edgerton) that he has a far greater acting range than many give him credit for. Sadly, his sophomore appearance behind the camera shows nothing of the same encouragement. Based on a comic novel by Kevin Wilson, it is an attempted meditation on the effects of failed parenting, vicarious living, and the creation of true art; with a pinch of mild sibling incest thrown in for good measure. 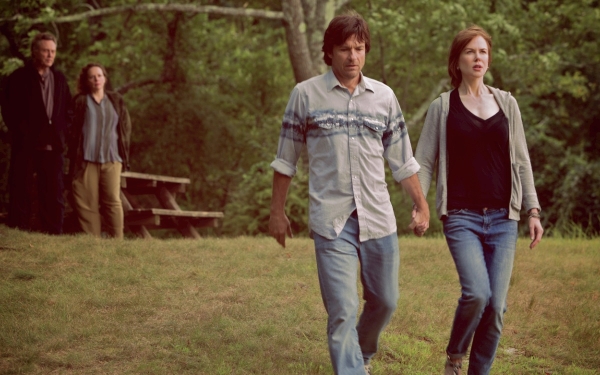 What happens when the story of the boy who cried wolf is inverted and your parents are the ones howling at the moon and you have to kiss your sister in a school play? The dysfunctional family unit of the title includes older and younger versions of mother, father and maladjusted offspring as the ‘action’ – if it can even be called that – flips back and forth between the 1970s and some point in time nearer the present. We begin in the earlier period, sitting in a car. Siblings hold hands in the back seat while parents put the finishing touches to what appears to be a bank heist in the front. We enter the bank and the young boy hands a ransom note to a cashier while pointing a gun in her face.

How cute, she thinks, until the gun goes off and a woman waiting in line (mother Kathryn Hahn) is hit. A police officer (father Jason Butler Harner) steps in. Hilarity ensues as this proves to be one of many set-ups created by the infamous Fangs. An old lady mouths “What the fuck?” You’ll be thinking much the same. The quirkiness, at least initially, is intriguing. “Life is sweet so taste it while you still can,” says dad. The script is rife with such platitudes and, predictably, the children later in life carry the weight of an upbringing which blurred the lines between reality and artifice. Both working in the creative realm, Buster (Bateman) is a struggling novelist and Annie (Nicole Kidman) is a second-rate actress prone to the odd brush with the tabloids. A freak accident with a potato sees Buster hospitalised. With the imminent arrival of parents Caleb (Christopher Walken) and Camille (Maryann Plunkett), he persuades sis to come join/rescue him.

The awkward reunification is interrupted by news that their parents have been killed in suspicious circumstances. Buster thinks they’re really dead, Annie isn’t so sure but the troubled siblings use the investigation of their parents’ disappearance to attempt to unlock the shackles of their youth. Amid the pretentious ridiculousness of it all you just won’t care what has become of the older generation as so little has been invested in us associating or sympathising with those on-screen. The kookiness soon wears off to reveal a vacuous group of individuals interested only in themselves. The very first sickeningly contrived words of The Family Fang, which its elliptical structure will return to in the closing moments, are: “Imagine you’re dead.” By the end of the film you’ll wish you were. Without the big names on the cast list it would not have been made and it’s one to forget for all involved.