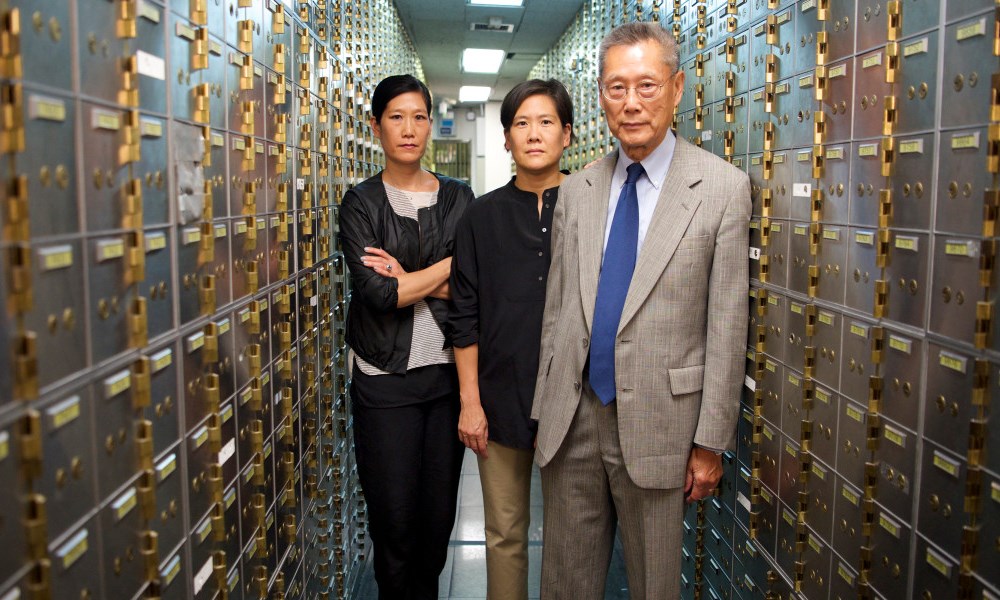 You might think that not having access to the courtroom might somewhat derail a documentary whose primary focus is a legal battle. The opposite is true of Steve James’ latest film Abacus: Small Enough to Jail. The case is question is the struggle of family-run Chinatown bank, Abacus, who were the only bank in America indicted in the wake of the subprime mortgage crisis in 2008. Although James features transcript readings and artist’s renderings, the lack of footage avoids the sensationalism of courtroom drama and allows him to tell the real story; one of family, community, and resilience.

James has excelled at sweeping tales of the stacked-deck of the American Dream and, while this is a modest affair, the same thematic seam runs through it. The Abacus Federa Savings Bank was founded by Chinese immigrant Thomas Sung in 1984. He was a lawyer who realised that the people of Chinatown were being badly served by their banks – they could deposit as much as they wanted but there was no option for loans with which they could buy houses. Over twenty years later, a handful of duplicitous employees independently acted to defraud clients and the government and the District Attorney’s office brought charges claiming that Abacus was “a bank that became a criminal conspiracy”.

James follows the family in the lead-up to the court case, including Tom himself and his three daughters, two of whom now run the bank on a day-to-day basis. It’s all fairly conventional stuff, combining his observational footage with archive and newsreel stuff and talking heads. One of the interviewees likens Tom to George Bailey, James Stewart’s protagonist in Frank Kapra’s It’s a Wonderful Life, and James manages to find a parallel in a mini-crisis in which Tom had to explain how the bank worked much like George did when the residents of Bedford Falls. This isn’t just a ploy to paint Tom as the selfless George, but highlights the way that Abacus understands its clients needs – both personally and culturally – is the reason that the loan default rate is one of the lowest in America.

By focusing on the family, James makes Abacus about resilience and humility rather than the mechanics of litigation and in doing so underscores – perhaps more strongly than in other louder films on similar subjects – the injustice of the situation. It’s not that the questions raised about illegal practises are dodged, its more that these people took pains to own up to the errors and deal with their criminal employees. And it’s about how much easier it is for the NY District Attorney to put their weight behind the indictment of a small minority community than it is those whose negligence was far more egregious.