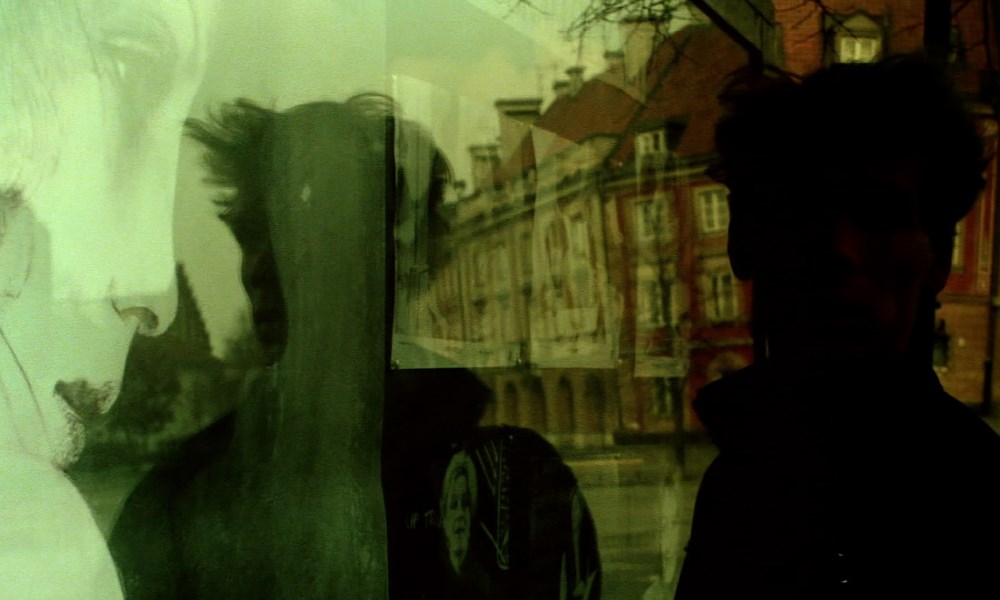 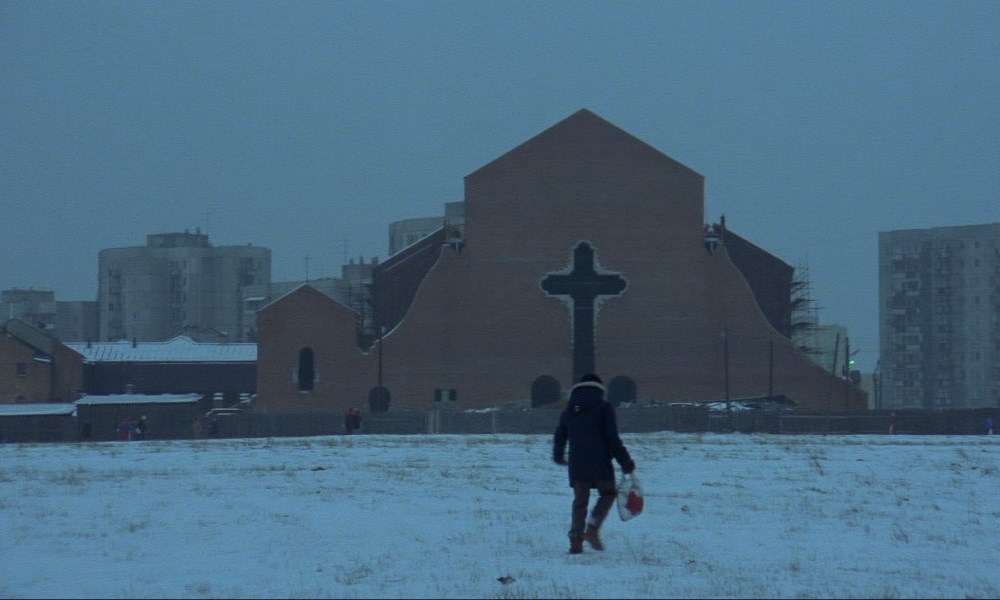 Before the French revolutionary values of liberty, equality and fraternity provided the basis for Polish writer-director Krzysztof Kieślowski’s Three Colours trilogy – the height of his international fame – the Ten Commandments were the starting point for 1988’s Dekalog. Arguably more ambitious than Three Colours, the ten-part series of ordinary people struggling to live up to the Commandments’ moral standards still deserves its incredible reputation nearly thirty years after first being aired on Polish television. Working from a new 4K restoration of all ten films, Arrow Films have constructed a dual-format Blu ray/DVD set that’s as daunting and yet revealing as the brutalist apartment complex which sets the stage for Dekalog.

Kieślowski himself described the complex in the book ‘Kieślowski on Kieślowski’ as “the most beautiful housing estate in Warsaw […] It looks pretty awful so you can imagine what the others are like.” Dekalog, as conceived and co-written by Kieślowski with his long-time writing partner Krzysztof Piesiewicz, avoids politics and social clichés to provide a more universal examination of life in late 1980s Poland. Don’t make the mistake the BBC made though, when it originally showed Dekalog on TV in 1990 by tying each episode to a particular commandment. It’s tempting to, but not really possible, with the exception of Part 5 and ‘Thou shalt not kill’; besides, that series would have been more didactic, confrontational and moralistic.

Kieślowski’s beauty is in his refusal to judge any of his characters, to instead acknowledge the competing desires and pressures they find impossible to resolve without compromise. This approach is best exemplified by the various appearances of a young man played by Artur Barciś, who appears in many guises. Unlike, say, Death in Ingmar Bergman’s The Seventh Seal (Kieślowski admired Bergman greatly), the young man is ever-present at morally sensitive moments but cannot affect these people’s lives for the better, only watch on in concern and the resigned acceptance that they do what they will: adultery, abortion, rightful parentage, voyeurism, war memories, stamp collecting. All are treated. This last element represents a shift towards the blackly comedic as two brothers fumble over what to do with their late father’s valuable inheritance.

One of them, Zbigniew Zamachowksi, plays a punk rocker here and would later appear in Three Colours: White. The other, Jerzy Stuhr, can be seen elsewhere in this boxset as a criminal trying to resume life in The Calm. In addition to the series itself, Arrow have included most of Kieślowski’s earlier fictional forays from the early 1970s onwards. You can track the path of a filmmaker whose love of documentary and characters forced to make impossible choices blossomed into a cinematic style which remains indisputably alive. That vitality is present through Kieślowski’s entire career, whether it’s busy travellers briefly interrupting the frame in Pedestrian Subwayor the lonely skateboarding train station attendant in Part 3. The sense that even as Kieślowski intimately shows us the feelings and conflict of one person’s life, we’re missing several more which could be just as vital and tragic.

In fact, the focus on modern society’s lack of connection between people provides some of Dekalog‘s most enduring images. Windows and screens distort the characters and keep them apart. The apartment complex itself packs these families and people together, yet there’s no real community in this series’ world. Everyone is barely able to reach out to anyone else. Parts 5 and 6 were agreed to have feature-length versions, A Short Film About Killing and A Short Film About Love respectively, and are accordingly shown in a wider aspect ratio than the rest of the series. Those longer versions are unfortunately not included here, but the strength of filters used by cinematographer Sławomir Idizak in Part 5 still astonishes. The murder of an impolite taxi driver by aimless 19-year- old Jacek (Miroslaw Baka) is so heavily shrouded in black and tinged with yellow-green that the world itself appears to decay on screen.

Jacek’s subsequent execution by the state, which his young lawyer is powerless to prevent, is clearer eyed but no less vicious. By staging both killings so methodically, Kieślowski might have made the official one even more horrific. Where the driver’s murder is senseless and spontaneous, the hanging is dirtily private. There’s no public catharsis in Jacek’s death, and therefore no true justice. The film’s release in Poland energised the country’s debate regarding capital punishment. Is it such a coincidence that the death penalty was placed in moratorium the very next year? Even as different cinematographers worked on Dekalog (around 600 filters were used to shoot the ten episodes) its continuity and cohesiveness stands out. Characters from earlier episodes reappear briefly throughout. 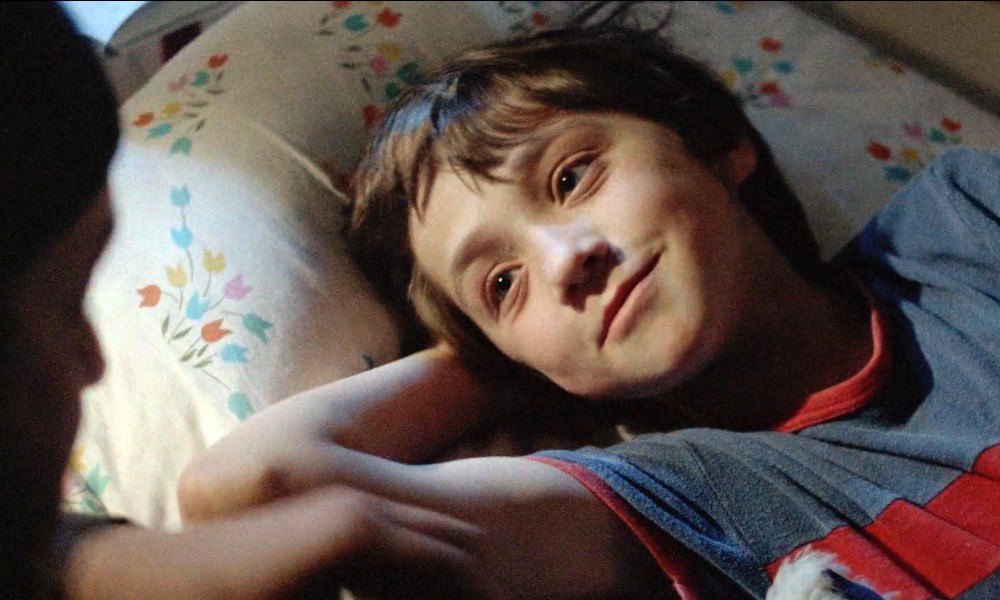 We hope they are managing their problems; their episode may have ended but their life’s story continues. The whole series seems so ahead of its time in terms of the increasingly cinematic TV series we see today. Kieślowski himself said to critic Derek Malcolm during their talk at the National Film Theatre in 1990, included as a special feature, that he believed television would ultimately be the future. Yet Dekalog is so revered because its alternate scope and intimacy continue to dwarf most other achievements in either the cinema or television, supported by critics Tony Rayns and Michael Brooke in their insightful video discussions newly made for this set.

The very first episode is perhaps the most textually relevant to today’s world. The story of single father Krzysztof (Henryk Baranowski) bonding with his son Paweł (Wojciech Klata) over their love of computers and science which ends in catastrophe, Part 1 also most clearly foreshadows the visual daring that would define Kieślowski’s later French films The Double Life of Veronique and the Three Colours trilogy, especially their bold colour palettes. The now-primitive computer monitor radiates both Krzysztof and Pawel with a sickly green digital glow; as Krzysztof realises his faith in calculations has caused the ice skating accident which dooms Paweł, he and his entire world are grey, devoid of warmth or certainty.

Here, as in all other parts of Dekalog, the older spiritual world is giving way to a more secular electronic one, exemplified by the empty church supported by scaffolding from the inside and the computer’s unprompted eager message that “I am ready.” But Kieślowski shows the essential moral truths the Ten Commandments attempted to represent still apply, whatever form they might now take and regardless of our ability to actually follow them.