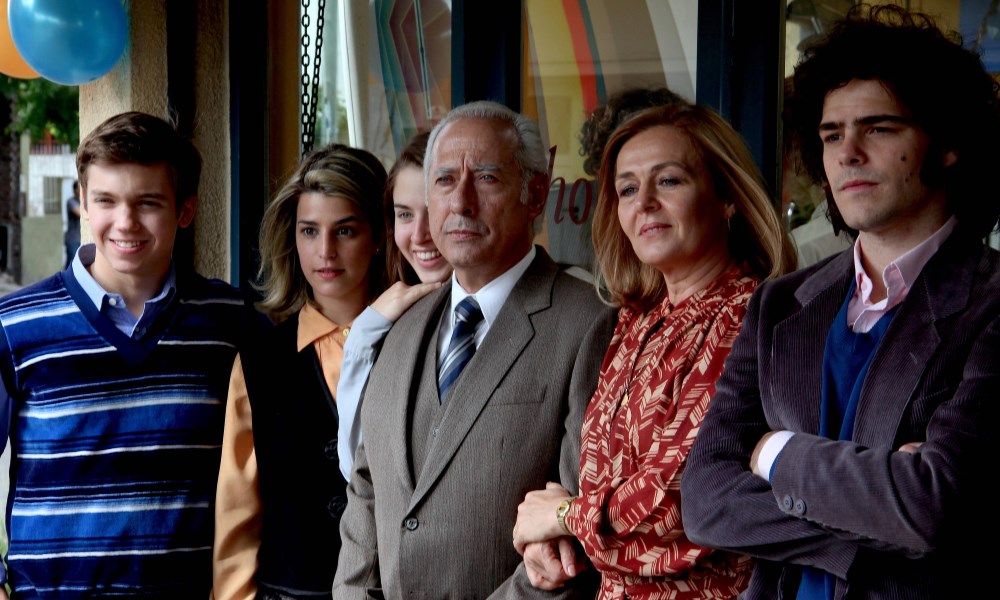 From Argentine director Pablo Trapero, The Clan is the third South American-set drama of the last twelve months to inspect the devastating personal trauma caused by autocratic, prison-like communities. From a remote Chilean coastal village Pablo Larrain’s The Club scythed through a suffocating cloak of hushed-up Catholic church abuse; with less gut-wrenching guile Florian Gallenberger exposed the sordid Pinochet era exploits of German tyrant Paul Schafer in The Colony. The Clan takes place in Trapero’s homeland across the border and focuses on the outwardly normal, well-to-do Puccio family, who, in the early 1980s, kidnapped and murdered people for money.

Doing a better job than the aforementioned project of depicting this based-on-real-events story in its politically volatile setting, and striving for the claustrophobic, menacing aura of the former, its heart of darkness beats with glacial terror thanks to Guillermo Francella’s cold, calculating performance. Offering the promise of hope and prosperity to some, an uncertain and unstable period in history equally opens doors for illegal opportunism. The 1982 collapse of Leopoldo Galtieri’s military dictatorship created a vacuum in which profiteering thrived. Active collaboration and purposefully ignorant complicity are explored in the microcosmic Buenos Aires suburban household of the Puccio family where dominant father Arquímedes (Francella) rules with an iron fist in a velvet glove.

He massages his wife’s shoulders when they are sore, helps his children with their homework and supports his eldest son’s talent for rugby. Alejandro (Peter Lanzani) is the toast of his local club, experiences the first throes of teenage romance and in his spare time helps his father kidnap one of his wealthy teammates. In an early long shot Arquímedes mounts the stairs holding a tray of food, passes bedrooms to say that dinner is ready, before entering a bathroom where a young man is chained to the bath: this a domestic affair where daily routine and the family business co-exist with frightening ease. An argument of ignorance as bliss never rings true but Trapero aptly poses the question of how much influence, or in this instance terror, parents hold over their children. Francella’s unnervingly measured mannerisms and speech betray so little in the way of obvious violence that rare instances of aggression – levelled most often at Alejandro – are stunning.

For the most part a flash from his pale, soulless eyes are enough to ensure petrified obedience but the strain of realisation grows in his children as his vice-like grip loosens. Cinematographer Julián Apezteguia is deliberate with slow, snaking movements and Trapero’s choreographing of the multiple abductions is as well articulated as the meticulous planning undertaken by Arquímedes and his men. A red light from the open trunk of a car as a body is dispatched is as close a homage to Goodfellas as you are likely to see on film and The Clan’s pop-rock soundtrack is jarringly exultant in a Scorsese-esque way. Suggestions of strong ties to the government and what role it plays in aiding Arquímedes’s acts of terror are left frustratingly opaque but a deafening climax brings this unfathomable tale of an unknown, unlikely Argentinian crime family to a bloody denouement to rival any mob drama.