Film Review: The Son of Joseph 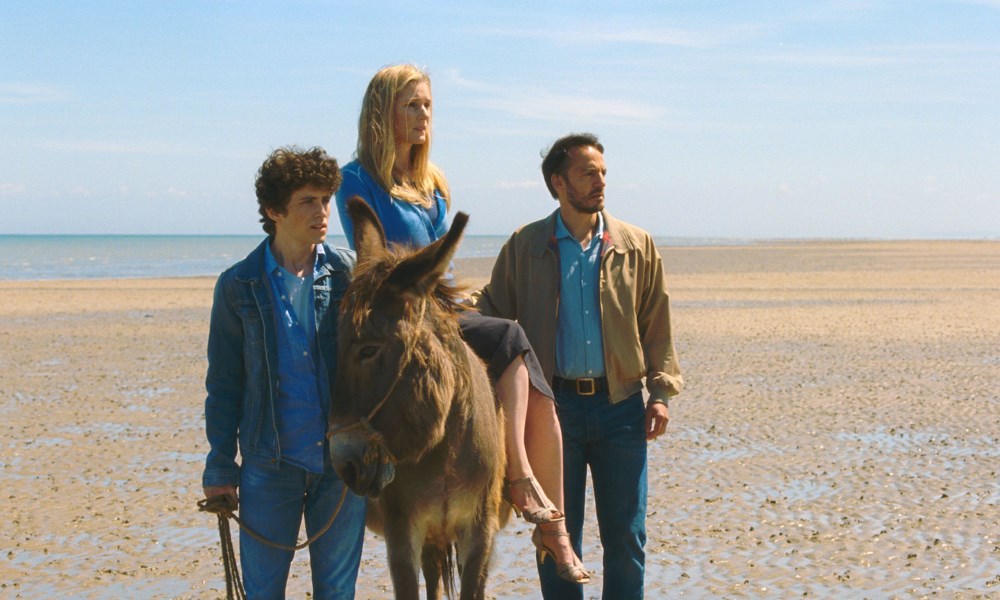 The hunt for a father takes many an odd, disconcerting and thoroughly amusing turn in The Son of Joseph, which is as much defined by its style as story and performances. All elements coalesce into a truly inviting and intriguing watch. Writer and director Eugène Green’s story of a boy in search of a father is elevated by its sharp, poetic script. Even better, the pathos behind the work being done here between newcomer Victor Ezenfis, Natacha Régnier, Fabrizio Rongione, and Mathieu Amalric is nothing short of delightful, making The Son of Joseph a surprisingly accessible offering from a director with a reputation for arthouse obtuseness.

Imagine the Virgin Mary had broken up with Joseph before they got to that inn in Bethlehem. Whether they had different opinions about how to raise a child, Joseph couldn’t handle the prospect of fatherhood, or maybe, just maybe, they weren’t a good match, what would have happened once Jesus was born? Would he have accepted the story his mother told him, that he was the son of God? Or would he have taken a more logical approach and sought out a real flesh-and-blood father? This is precisely the kind of loft, idealised quest Green gives to a quartet of modern Parisians, each working to hold on to something real and meaningful in an otherwise superficial world. Young ruffian Vincent (Ezenfis) is less than pleased his mother, Marie (Régnier), refuses to tell him the true identity of his father.

Marie has set up a comfortable life for them and has chosen to raise him on her own terms; shouldn’t that be enough for him? Vincent soon susses out the identity of his biological father and after an awkward introduction to Oscar Pormenor (Amalric), Vincent decides to tail him in an attempt to learn more about him. It soon becomes evident that much like the Old Testament God, Oscar is a bit of moody cad. As Vincent musters up the courage to reveal himself to Oscar, a chance encounter with Oscar’s brother, Joseph (Rongione), leads Vincent down another path. As Joseph and Vincent strike up a friendship with Joseph acting as a father figure and mentor, Vincent begins to wonder whether Joseph is his true father, biological or not. Green’s script – as is typical of his work – is multi-layered in ways that invites repeat viewings.

Green’s trademark deadpan can be off-putting at first but. eventually, helps you cut to the heart of the matter. The language, much like the semi-stilted dynamics between the characters, rejects superficiality and allows viewers to see honest emotion and intention. There is a vulnerability that becomes exposed outwards from one character to another as they – mostly Vincent, Joseph, and Marie – search for a connection, and maybe family, with one another. In short: The Son of Joseph is nothing short of marvelous. A modernised tale of literal Biblical proportions that will make viewers reconsider what defines paternity, family, and their place in the world. But don’t worry: that’s a good thing.