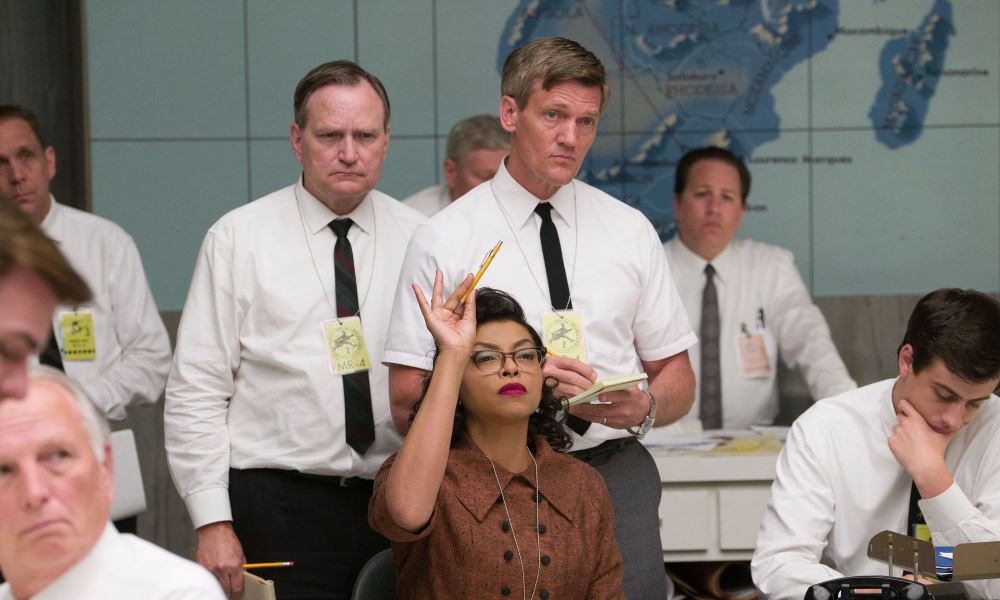 Theodore Melfi’s Hidden Figures is the kind of movie which seems pre-tooled to be a school favourite during Black History Month. Based on the book by Margot Lee Shetterly, the Oscar-nominated film reveals the hidden history of three black women employed by NASA. This was when computers were people, mathematicians who did the hard sums that then made space flight possible. Katherine Johnson (Taraji P. Henson) is a savant-like genius who is drafted in to the main room under the tutelage of Al Harrison (Kevin Costner).

Meanwhile, Dorothy Vaughan (Octavia Spencer) continues to run the section of black women mathematicians though she’s not recognised or paid as a supervisor. She has to put up with Kirsten Dunst’s sniffy, tight-laced racist. Mary Jackson (Janelle Monáe) works alongside her but with the encouragement of one of the rocket engineers seeks to qualify as an engineer. The realities of early sixties racism presents them with a series of obstacles, indignities and dangers as they do their best to contribute to the Mercury Space Mission.

Whether it’s whites-only bathrooms, forcing Katherine to hoof it to the other side of the compound every time she needs a piddle or a potentially dangerous run in with a traffic cop, they have to negotiate racism, do their jobs and maintain their dignity. They are not isolated – having their friendship with each other and a vibrant social life centred around their families and church. They’re also encouraged at key moments by white allies who either learn to appreciate them (Dunst and Costner) or as in the case of astronaut John Glenn, have enough innate decency to appear immune to the prejudices of the time. This is heartfelt, inspiring stuff and there is no doubt that this is a true story that absolutely merits wider recognition.

Yet there are some pretty broad adjustments with important implications. The women actually won most of these battles well before the 1961 space programme. In fact, while NASA was still the NACA desegregation had already taken place. Melfi and Allison Schroeder conflates the civil rights victory with the space programme and gives Hidden Figures an urgency, but it also reinforces stereotypes: as if drinking fountains and washrooms was what racism was only about. Invisibility is perhaps more difficult to depict. It also allows a crowd-pleasing moment for Costner where he smashes the sign of the bathroom – solving the problem once and for all.