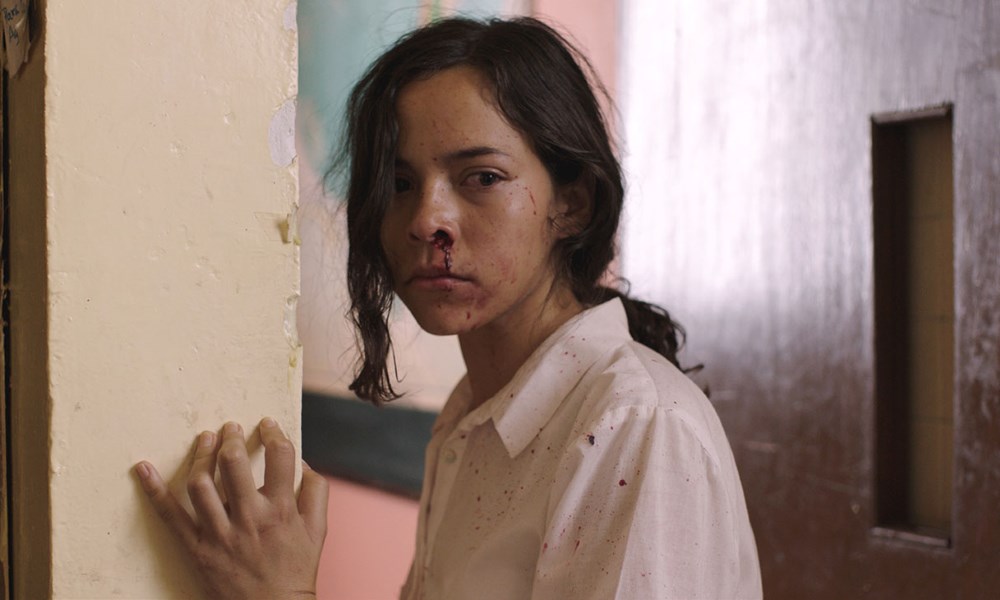 While Guillermo del Toro, Alfonso Cuarón and Alejandro González Iñárritu are busy across the border in Hollywood, Amat Escalante has taken up the reins as his country’s controversial festival darling. He is, in effect, the bad boy of contemporary Mexican cinema.

Since his emergence in 2005, when he presented Sangre in the Un Certain Regard selection at Cannes, Escalante’s brand of cinema can be likened to that of Michael Haneke. Often deeply disturbing but aesthetically cool (long takes, slow camera movements, eruptions of violence, lingering sense of menace), compatriot Michel Franco is another practitioner who owes a massive debt to the Austrian sermoniser of bourgeois ills and hypocrisies, but Escalante is more successful because he’s got more in his creative locker. Where Escalante diverges massively from Haneke and his countrymen is in subject matter and portrayal of the working class.

The characters might lead grim lives, but that’s because they are at the mercy of socioeconomic influences out of their control. They are pawns in a game designed to ignore or crush them. In Los Bastardos, two economic migrants break into a home and murder the female occupant. In 2013’s Cannes-winning Heli, a poor family becomes embroiled in deadly cartel business when the well-meaning actions of the titular Heli lead to disaster. The Untamed is, on the surface, the story of a dysfunctional family at a time of crisis. Yet the inclusion of a gelatinous monster from outer space, who offers willing individuals out-of-this-world sex, marks it as Escalante’s foray into overt genre territory and a body horror tale.

Think David Cronenberg in Shivers or Crash mode getting jiggy with H.P. Lovecraft’s Cthulhu mythos. The Untamed is also an eviscerating takedown of macho culture and patriarchal dominance. In the film, Ángel (Jesús Meza) is a man struggling with his sexual identity. He is head over heels in love with his wife’s brother, Fabián (Eden Villavicencio), and with whom he’s having an affair, and masks his true desires and feelings with typical gay slurs and anti-homophobic rhetoric. When arrested for attacking and raping Fabián (or so the police think), the media’s salacious reporting creates a deep sense of shame and scandal. Ángel is deemed persona non-grata in town and told to vamoose.

Escalante is a master filmmaker when it comes to creating atmosphere. Los Bastardos and Heli crackle with a near-permanent – and very oppressive – threat of violence. Watch the scene in Heli, where the young lad sits at the table with the baby in its high chair. Although it never happens, the sense of foreboding and stomach-churning expectation means it is always a possibility. The Untamed is a fascinating counterpoint to his previous films. Here, great sex offers an escape from the kind of terroristic daily pressures which dominate Los Bastardos and Heli. Yet even such moments of carnal joy, Escalante fatalistically ponders, comes with a heavy price and is another route to potential ruin, mostly due to how much we rely on society to dictate our social roles.