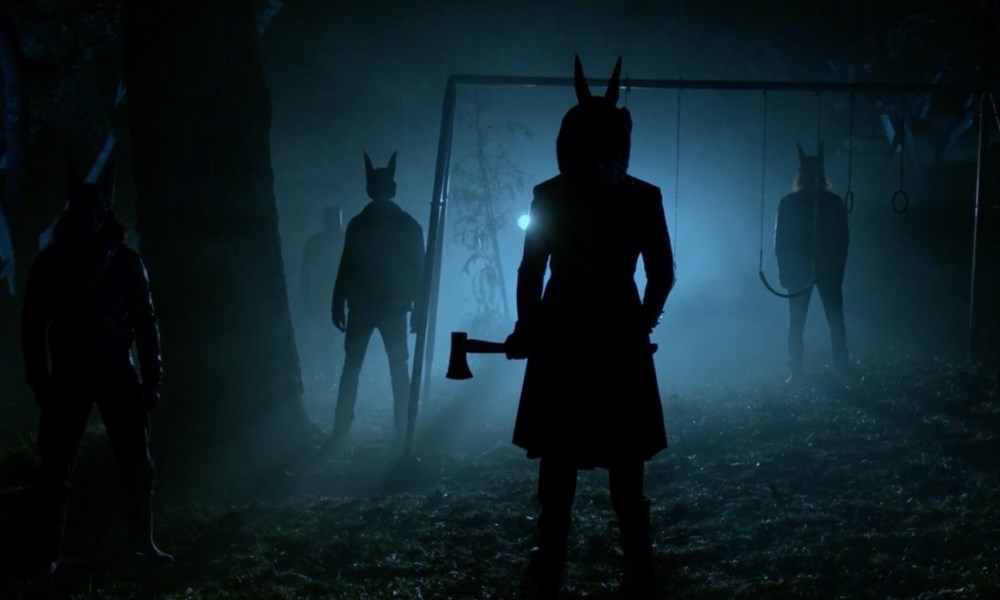 Kevin Greutert’s latest thriller sees a family up against a deranged cult. Set over the course of a few hours on a dark night, Jackals is an atmospheric horror movie from the director of the best Saw series (XI) and the criminally underrated Jessabelle.

Set in the 1980s and supposedly based on a true story, Jackals sees a cult deprogrammer (played by Stephen Dorff) kidnap a member of a weird group who like to dress up in leathers and sport freaky masks, at the behest of a concerned family. The intervention, however, comes at a very deep cost. Jimmy (Dorff) has a lot on his plate with the job and the family – a father, mother, brother and ex-girlfriend – because they all seem totally at odds with each other. None of them bothers to ask if their son was running away because they were a set of bastards or supremely annoying.

A bad divorce is thrown in to the mix, as is a piece of information which caused the Powell family rupture, but their lack of communication skills tells us a lot, None of this helps, of course, when the cult turn up to reclaim their former member and instead of uniting to fight off their attackers, they cannot truly function as a team. The family that slays together stays together does not apply to them (unlike the alternative family outside the door).

Economic storytelling, a consistently sinister tone and the pessimistic subtext are so subtle, though, that Greutert’s film might easily be dismissed as nothing more than boilerplate genre thrills, or an empty exercise in sustained suspense with a pay-off the audience can see coming a mile down the road. But where Jackals will linger most is in unspoken moments; how automatic patriarchal deferment and insistence on taking command of the situation when the proverbial hits the fan leads to doom.

The cult appear in animals masks and black clothing, hardly an original look but it is spooky, and the mass of psychotic acolytes are willing to do their leader’s bidding (further tying to the subtext of bad patriarchy). The goons are relentless and communicate solely with hand gestures. As the story plays out, commencing with a first wave attack, the family bickering, tooling up and waiting for a ruck, Jackals tests the notion that blood is thicker than water.