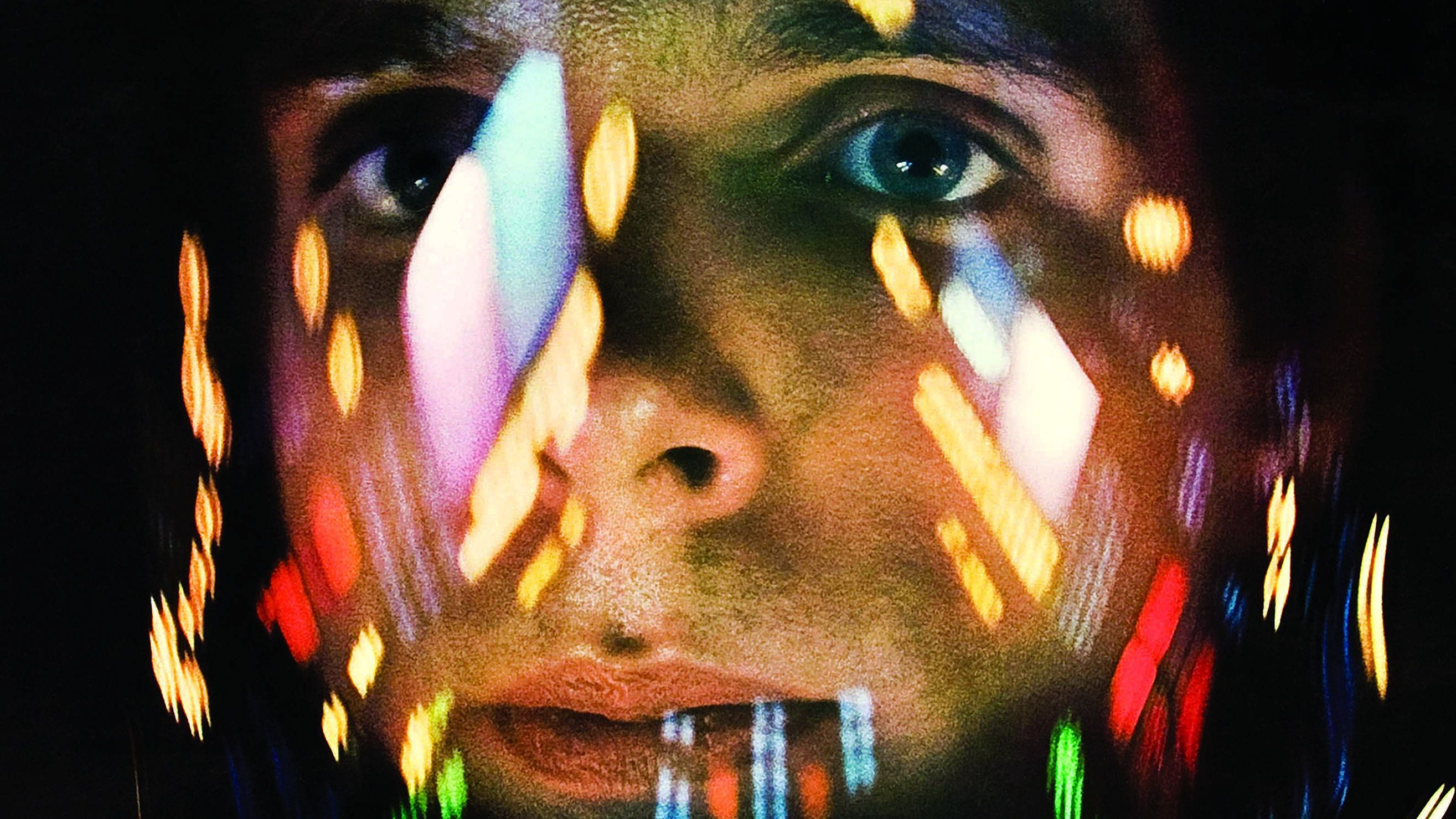 Stanley Kubrick’s visionary masterpiece 2001: A Space Odyssey returns to the big screen in a beautiful, newly-restored 70mm print, and proves once more the lasting quality of this epic piece of pure cinema.

If you’ve never seen 2001: A Space Odyssey, you’re in for a treat. This is the sort of film experience the phrase “It’ll blow your mind” was invented for. The use of music, the cinematography, the visual storytelling, the dry wit, the special effects, the adventure and the philosophical musing: all come together to make for one of the most satisfying and rich journeys you can take via the big screen. An eerie overture sets the tone to a black screen before Richard Strauss’ kettle drum laden Also Sprach Zarathustra pounds the film into being as the earth, moon and sun align.

Part one is ‘The Dawn of Man’. A group of ape men are scrabbling in the dirt, easy prey for the big cats they share the savanna with and squabbling over the water hole. That is until a mysterious black monolith appears and gifts one of the tribe with apparent intelligence, thus ensuring survival. The ape has a “Eureka!” moment with a bone and can now provide meat via this basic hunting tool, but he also discovered violence and soon commits the first murder. The triumphant slinging of the bone up in the air match cuts to thousands of year in the future when the bone has become a nuclear weapon, orbiting the Earth.

Dr. Heywood Floyd (William Sylvester) is en route to the moon via PanAm and a space station with a Hilton hotel in it. Space flight is a mix of magic and the mundane – check out the long instructions for the zero gravity toilet – all shown to the sound of Strauss’ Viennese Waltz. On the moon is another monolith, the unearthing of which triggers a radio signal and cut to 18 months later and the Discovery spaceship heading to Jupiter. Astronauts David Bowman (Keir Dullea) and Frank Poole (Gary Lockwood) keep fit, play chess, and go about their boring duties with the aid of the HAL supercomputer, until HAL detects a malfunction in the ship which leads to his own mental breakdown and more murder. Now the bone has a mind of its own.

From its Homeric title and its stupendous soundtrack to its posing of big questions and its breathtaking visuals, 2001 is a vast pretentious series of tableaux, but those pretentions are fully backed up. Arthur C. Clarke and Kubrick co-authored the screenplay and novel simultaneously, and the story as such is unremarkable. Dialogue is almost entirely absent from the beginning and closing of 2001 and when it does take place it is intentionally blithe and trite – Sylvester is particularly good as a apparatchik who can hurtle over the lunar surface toward a historic discovery of alien intelligence and still find time to talk about the flavour of the sandwiches.

‘The Discovery’ sees perhaps the most conventional plot with HAL as a sympathetic villain whose glowing red eye can look malignant or sorrowful without actually changing. The sound design of the sequences when HAL turns against his human crew-members is astonishing. The claustrophobia of the breathing contrasted with the silence of space. It’s worth noting how revolutionary and radical Kubrick’s 2001 was and still is. We might be over-familiar with the Zarathustra opening music now, but that piece was practically unknown prior to the film. His decision to jettison Alex North’s original score was done with all the human emotion of HAL but his use of contemporary and classical music is still mimicked, rarely bested, today.

2001’s special effects not only stand up – the zero gravity effects and the final Star Gate sequence – but easily excel most of the CGI bollocks that currently resides in the uncanny valley of not quite credible. And let’s just end on that Star Gate sequence. It would be hard to imagine a big Hollywood blockbuster today concluding in such a daring fashion. 2001 is abstract filmmaking and yet somehow a narrative is also taking place as Ligeti’s music plays over the astonishing images. Then the hotel room, the ageing of man as a series of over the shoulder shots to the star baby. In two words: mind blown.