FrightFest 2018: What Keeps You Alive review 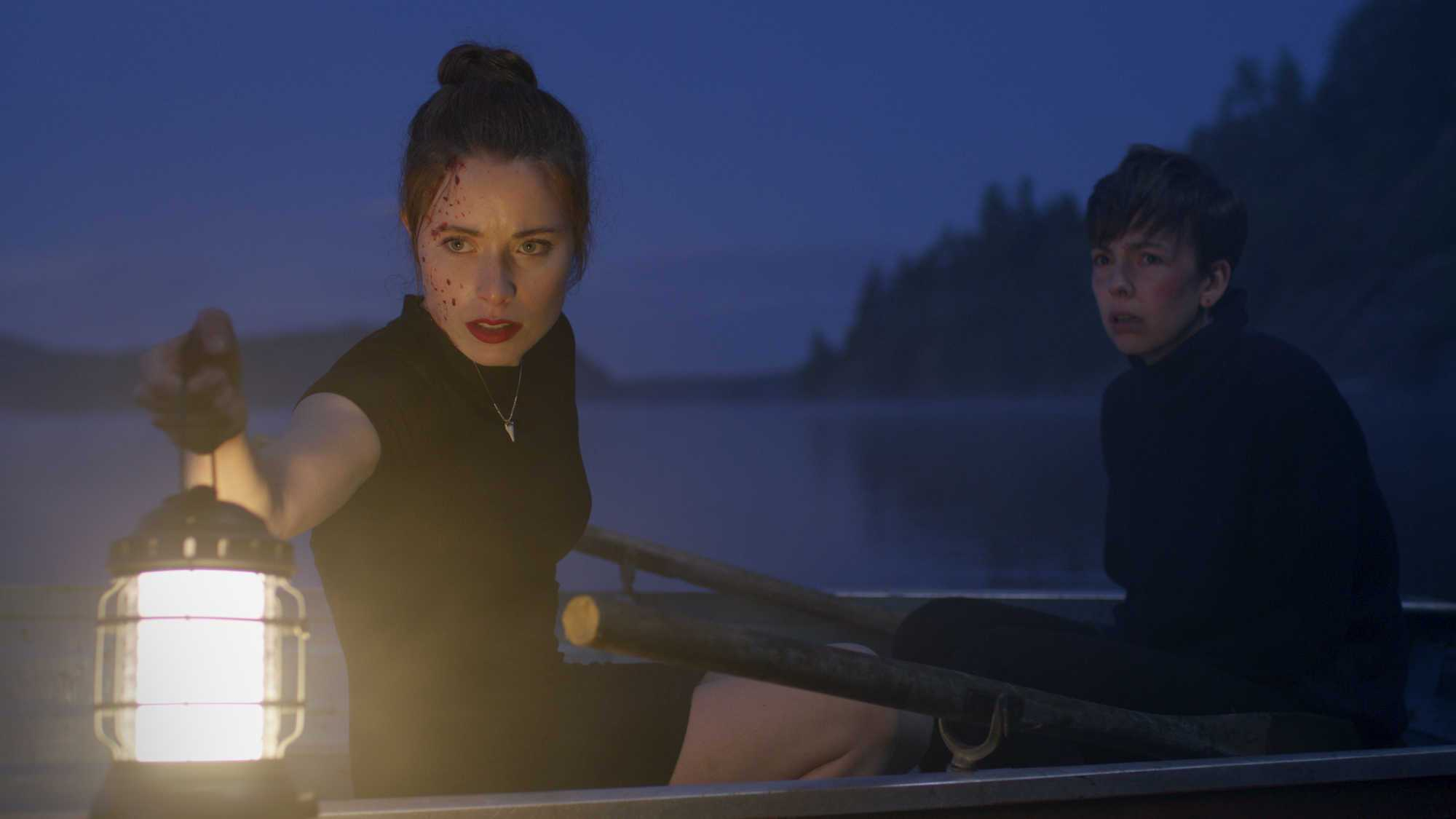 What Keeps You Alive is not just a edge-of-your-seat style thriller, but a searing portrait into relationships, and the horror of intimacy, or of not even really knowing who it is you’re sleeping next to.

Cozy idyll gives way with a (literal) thud to a suspenseful cat-and-mouse game, (and the most tense or only rowing boat race scene in a film?) all set amidst sun-dappled forestry and sparkling lakes, a couple’s retreat spot reminiscent of dark horror comedies; You’re Next, with glittering aerial views of the lake adding a dose of the classic camp slasher, Friday the 13th.

Jackie (played with relish by Hannah Emily Anderson) and Jules (Brittany Allen) are tucked away in this haven-turned-hell, celebrating their one year wedding anniversary. Signalling the arrival of unease-and for Jules, the first signs of suspicion-are Jackie’s former childhood friend, Sarah (Martha MacIsaac) and her wine-swilling husband (Joey Klein) whom both address Jackie as ‘Megan’, thrusting Jules into the first of many ordeals – and none of the romantic kind.

Anderson switches with ease from loving, innocent girlfriend to straight-faced psychotic, and both actors bounce off one another in their roles – Allen succeeds in securing empathy from an audience, with a face of earnestness and naïveté. The gender aspect of the film is interesting – in a same-sex relationship, do we identify them as equals? Minihan has spoken about switching from a heterosexual couple only due to logistics of the previous actor, and upon watching, keeping to this earlier casting decision would have changed the dynamics of the film completely.

Jackie is masculinised with her hunting gun-foreshadowing for the game of survival Jules will find herself trapped in – but Jules gives as good as she gets, fighting back with a determination that is almost exhilarating, and sneaking up on the expected narrative with her own unexpected, final act of defence. The country vs city divide has always remained popular in the horror imagination, with the ‘cabin in the woods’ an effective trope – one subverted here, as instead of a Final Girl at the mercy of animalistic men (as in I Spit on Your Grave), her own girlfriend.

Beneath the scares lies a deeper felt emotional resonance – the universal heart-sink when red flags appear for someone you trust or love. A scene of Jules willing to have Jackie bathe her, even after the film has shaken us up, points to a deeper reading of co-dependency in relationships, of emotional abuse, of the denial of seeing someone how they really are instead of what you want them to be.

What Keeps You Alive is a gorgeous rural revenge featuring two strong lead performances, a blood-stained, thicketed idyll, and some moments of dark humour – or cathartic victory – depending on how you view your current or past relationships.