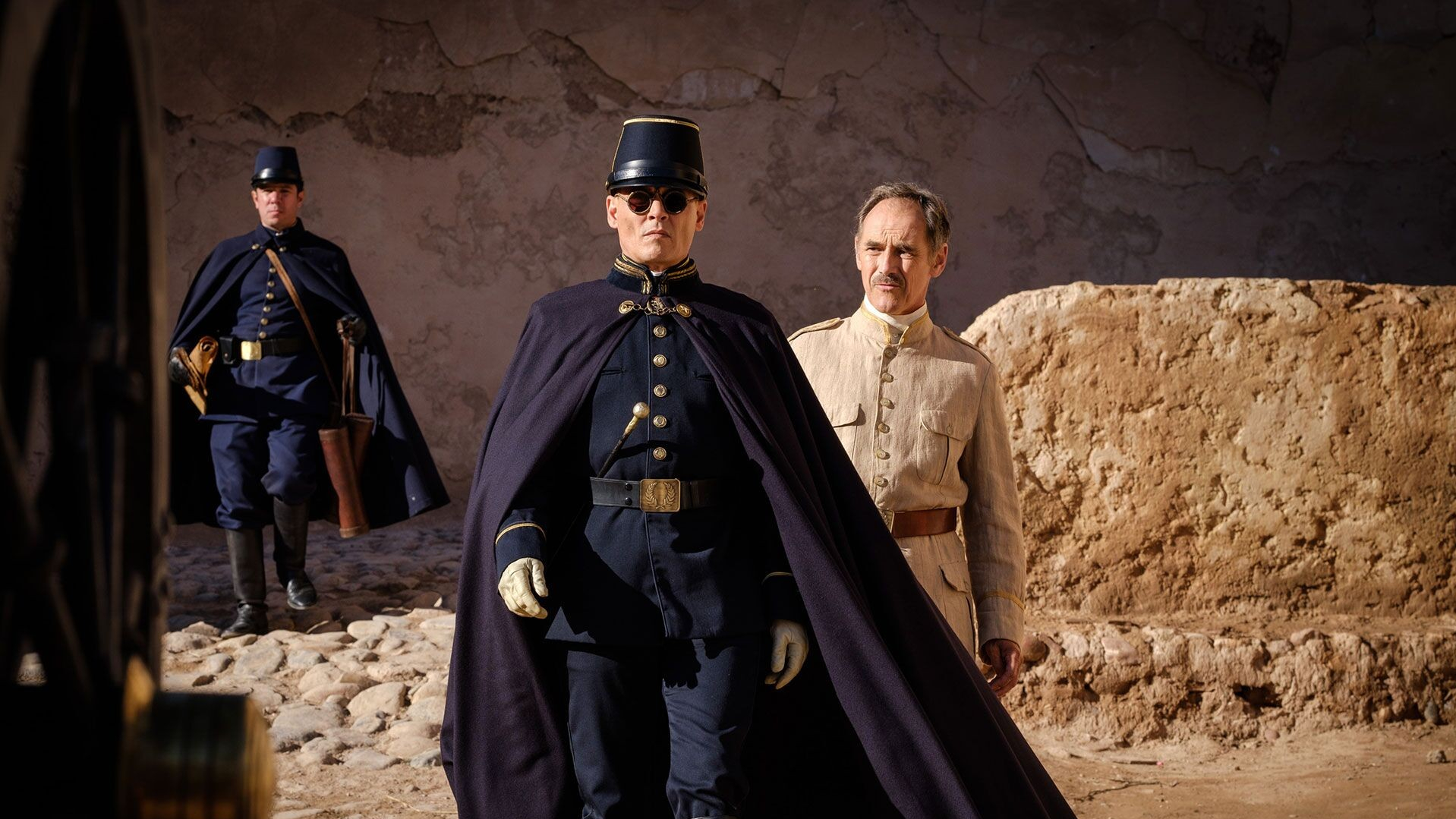 In J.M. Coetzee’s acclaimed 1980 novel, waiting for the invading barbarians to show up is akin to waiting for Godot. Colombian director Ciro Guerra’s haunting adaptation shapes the book into a desolate cavalry western.

Filmed in Morocco and Italy with an international cast, Mark Rylance leads Waiting for the Barbarians. His character, a nameless magistrate, is an idealistic sort; the kind of imperialist who thinks he’s down with the natives because he doesn’t harass them or cause citizens unnecessary misery. Yet his interactions and benevolent style of lording it over the sparse population are merely the other sides of the same imperialist coin. He’s ultimately a man getting off on his own virtue. When Johnny Depp’s paranoid and despicable Colonel Joll rides into town, upon hearing of a plot by “the barbarians” to attack “the Empire”, the magistrate believes, naively, his appeals to rationality can sway his more belligerent and uncouth brethren. He is, of course, dead wrong.

Having camped it up in a string of eccentric roles this past decade, with ever-decreasing success, it’s good to see Depp in a role which requires subtlety and zero grandstanding. Cutting a dash in his billowing black cape and tinted steampunk eyeglasses – making him look like Count Dracula meets Judge Doom from Who Framed Roger Rabbit? – he is ably backed up by Robert Pattinson, appearing in a small but impressive role as a vile bureaucrat and torturer. Both actors are clearly having a ball playing against type as pent up, icy monsters, with Depp getting the lion’s share of memorable dialogue, mostly delivered in sinister aphorisms such as “there is no history here”, “pain is truth” and “patience and perseverance is the only way to get to the truth”.

Guerra’s star has risen considerably since his international breakout hit Embrace of the Serpent. A filmmaker noted for his explorations of frontier spaces and rich ethnographic details, the terrains in which his dramas unfold tend towards the fearsome, mythic and unknown. While Chris Menges chilly cinematography lends gnarled and windswept vistas plenty of symbolic oomph, there is some initial fear a trade-off has occurred in making a film away from home and in English.

The famous material, however, is used cleverly as a continuation of Guerra’a auteur fascination with the effects of colonialism on indigenous people and their cultures. In Waiting for the Barbarians, the director reveals a keen understanding not just of colonialist mentalities and methodologies in subduing and terrorising people, but also in the dangers of idealism when it lacks self-awareness. The magistrate plays the willing martyr in his own saintly passion play. He’s as hypocritical as Colonel Joll. At least the brutish aggressor is honest in his tyranny.