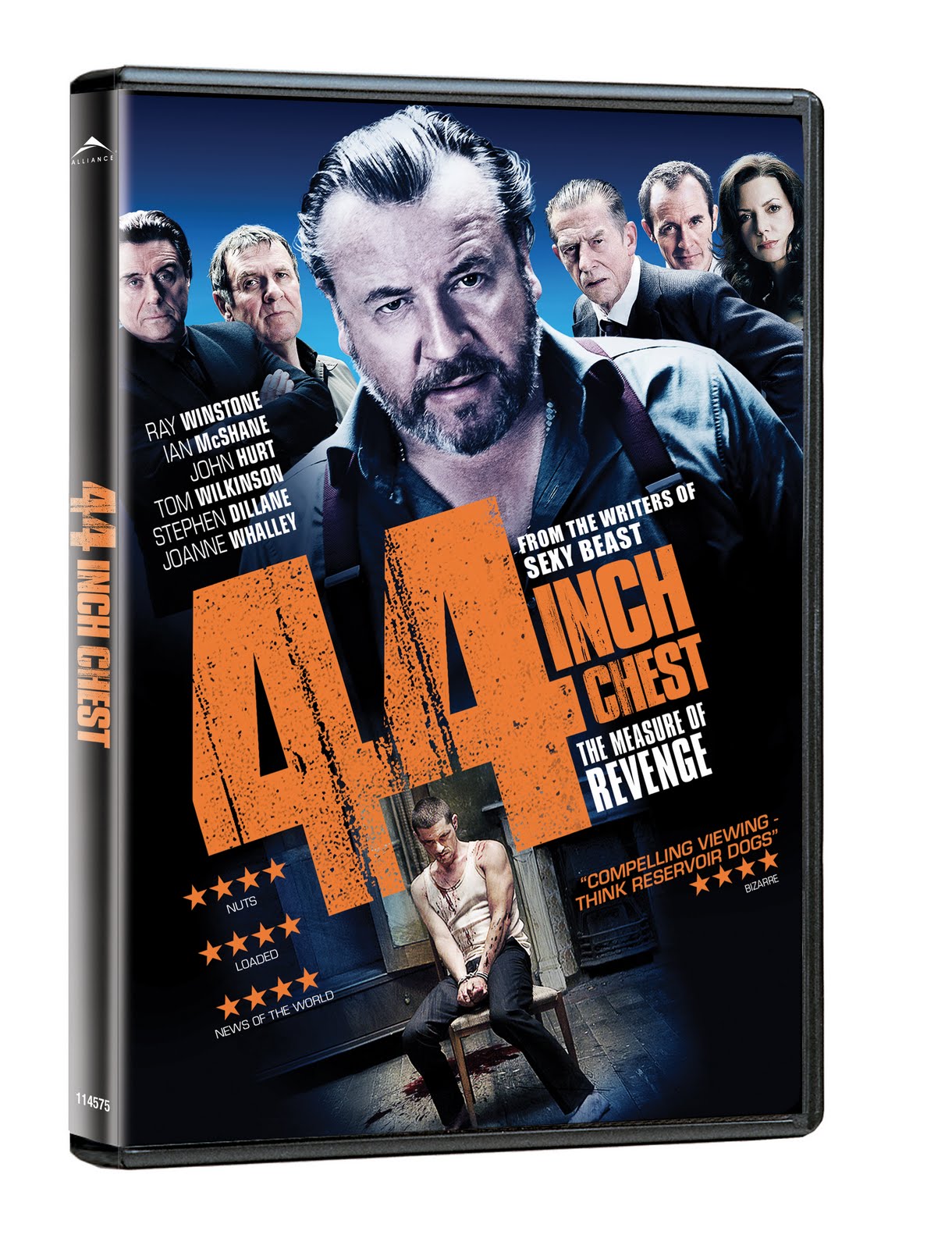 The front cover of the 44 Inch Chest DVD is littered with four star reviews. Unfortunately, not one of them comes from a particularly reputable source, unless you turn to Nuts, Loaded or Bizarre for views and opinions on the latest releases.

Admittedly, perhaps aside from Sight & Sound’s Ben Walters, more respected critics met 44 Inch Chest with a lukewarm reception at best. The fact remains, however, that Momentum Pictures’ decision to cite critics working for ‘Lads’ Mags’ as a primary selling point for the film’s DVD release is quite telling of the film’s disastrous marketing as a whole. 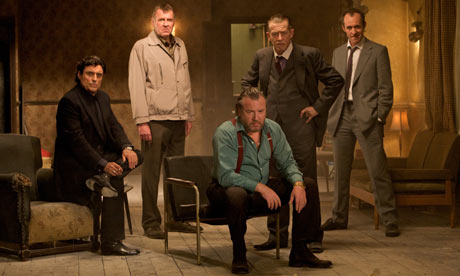 Yet 44 Inch Chest is a beautiful film that rigorously dissects the pain felt at the death of a relationship and the misplaced desire for revenge that often comes as a result of that pain; a poetic film that was mis-sold to the public as a violent and relentless gangster movie – something it certainly is not – and was largely written off by critics as a result.

In 44 Inch Chest, Ray Winstone’s Colin Diamond comes home one evening to be told by his wife Liz (Joanne Whalley), that she is leaving him for another man. In a rage, Diamond beats Liz and smashes up their house. Sometime later, Diamond calls his decidedly dodgy – but not necessarily gangster – friends, Archie (Tom Wilkinson), Mal (Stephen Dillane), Meredith (Ian McShane) and Old Man Peanut (John Hurt), who kidnap Liz’s lover – a French waiter referred to as ‘Loverboy’ (Melvil Poupard) – and lock him away within a wardrobe in a derelict house, where they expect Diamond to carry out his revenge.

The perfect set up for a violent and horrific revenge plot, then; but there is no violence in 44 Inch Chest, horrific or otherwise. In a whirl of verbal abuse, flashbacks and hallucinatory sequences brought on by Diamond’s drinking, the film builds tension almost to boiling point, before giving way to what is essentially (*SPOILER ALERT*) one giant anti-climax;  Loverboy walks free, Diamond’s friends go home and leave him sitting in the derelict house all alone. The disappointment many felt with this ending is somewhat understandable. 44 Inch Chest was, and continues to be, heavily marketed on its revenge theme, and the trailers made the film look like a gangster/heist movie in the same vein as Sexy Beast (2000), something which was almost to be expected, as the screenplay for 44 Inch Chest was penned by the same writing team who brought us the former Winstone vehicle.

But at heart, 44 Inch Chest is not a gangster movie, nor even strictly a revenge movie. Instead, 44 Inch Chest is about love lost to another, and the emotions one feels as a result. The ultimate message of the film is that in such circumstances, revenge may be hugely desired, but that it is not something many of us get, or – if we have the opportunity – have the guts or the inclination to go through with. 44 Inch Chest is a film to be appreciated for its restraint in this regard; had a bloody and horrifying revenge been carried out on Loverboy, it would be hard not to feel the film had simply sold out to sensationalism. 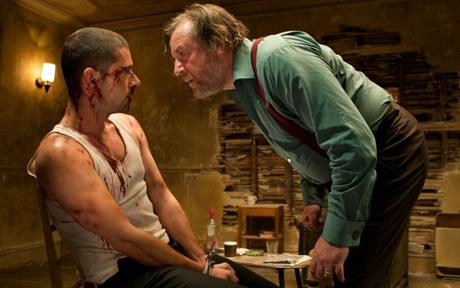 Winstone perfectly captures the psychological swings felt during such a time, turning from lovingly desperate to ferociously angry in a split second, while the supporting cast can almost be considered extensions of Diamond’s own psyche. Old Man Peanut is his pure anger and bile – misogynistic, foul-mouthed and full of hatred; Archie his caring and loving side, a man who still lives at home to take care of his elderly mother; Mal his youthful and naïve self, trying to fit in with the ‘Bigger Boys’; Meredith the man he wishes he could be, a suave homosexual playboy who has no long-term attachments or responsibilities. Many critics criticised 44 Inch Chest for playing out more like a stage play than a film, but the acting on display is so breathtaking that it barely matters, and the fact that the film plays out in a single location creates a sense of loneliness and isolation that meshes perfectly with Diamond’s pain.

44 Inch Chest is a poetically heartbreaking film about love and loss that has been tragically mis-sold, underappreciated and unseen. To look past the misguided marketing is to find a film with resonance and filled with near-perfect performances, universally identifiable themes and above all, an important message: love hurts, but revenge will not take that hurt away.