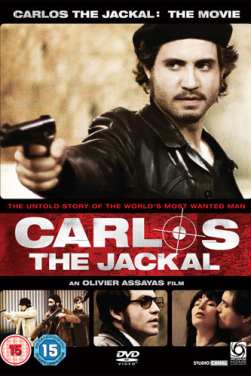 To begin, I must admit that I have only been exposed to the 2 ½ hour “movie version” cut of Olivier Assayas’ Carlos the Jackal (2010), truncated from the original 5 hour TV mini-series by its director in order to make it more palatable for cinema audiences.

From other, informed accounts, the longer version appears to be a stupendous piece of work and I eagerly look forward to seeing it. However, I found the truncated version a strangely unsatisfying experience, despite an impressive opening sequence which had prepared me for an intellectual and thrilling experience. Admittedly, the production values, bravura skill in both direction and editing, and the performances – particularly Edgar Ramirez in the title role – were all top class. In addition to this, the historical detail, political intrigue and ideological issues within the film all helped to create an enticing world, that I tried to surrender to. However, 165 minutes later I was left with the feeling that I hadn’t been led anywhere particularly enlightening after all.

If, like me, you have only previously been aware of Carlos the Jackal through the cover of the Black Grape album It’s Great When You’re Straight… Yeah, then the incredible events of his life will come as something of a revelation. Carlos (real name Ilich Ramirez Sanchez) was a Venezuelan Marxist who was passionately committed to the cause, and desperate to be of service to his country. To this end, he set about training himself in the ways of war, although we later understand that he was also driven by his own intense, personal ambition. 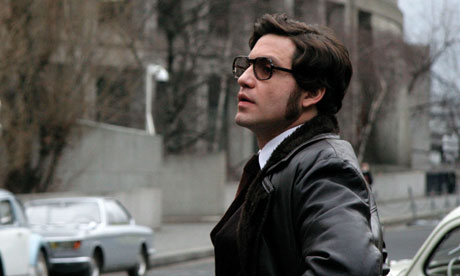 In the early 1970s, he talked his way into “The Popular Front for the Liberation of Palestine”, a terrorist organisation led by extremist Wadie Haddad (a terrifying Ahmad Kaabour). He eventually moved up the organisation until he is entrusted with his most famous and spectacular operation – the kidnapping of the OPEC oil ministers, who he had planned to hold hostage until all of the organisation’s conditions were met.

The operation ultimately ended in humiliation for Carlos personally, and more importantly, for the organisation which consequently lead to Carlos’ exile. His disillusionment with activism and his adoption of a dissolute lifestyle could have potentially provided a fascinating character arc, but unfortunately there was no sense in Assayas’ biopic of what this abandonment of The Jackal’s own principles meant to the man at all.

Watching the depiction of these events – whilst interesting in themselves – was like listening to the story of a child that reads, “and then… and then… and then…” There is no real dramatic focus and, as a result, my interest quickly started to wane. We are treated to a series of set pieces, which although brilliantly staged – the OPEC siege in particular could be watched on its own as an example of skilled cinematic storytelling – didn’t end up leading towards anything particularly meaningful or insightful. Instead, I was left watching a series of events, sorely lacking a unifying theme that could unite them into a cogent, emotive narrative.

As with other recent “Revolutionary” biopics such as Jean-François Richet’s Mesrine (2008) double-bill or The Baader Meinhof Complex (2009), there is a sense that the film makers became far too engrossed in their subject matter, whilst forgetting that the point of drama – as opposed to biography – is to evoke emotion through a unique connection with its audience.