The King’s Speech (2010) delves deep into the relationship between two men – one a common man and the other a royal – by exploring the romance of true friendship and asks us to invest ourselves emotionally in such a relationship. The film traces the turbulent and painful accession to the throne of King George VI (Colin Firth) or “Bertie” as his speech therapist Lionel Logue (Geoffrey Rush) so fondly referred to him, and reveals the difficult decisions and moments he faced on that journey.

We are introduced to Bertie as he gives a nervous, stammer filled speech at Wembley stadium. on behalf of his father King George V, at the closing of the British Empire Exhibition on October the 31st, 1925. After trying to cure his stammer through a number of ridiculous methods, his wife Elizabeth (Helena Bonham Carter) introduces him to Logue, a speech therapist known for producing great results. The relationship that develops between Logue and Bertie provides moments of sweet, light hearted banter that intersperses the moments of intense drama to great affect. Tom Hooper’s focus on the unique relationship between a man of royalty and a man of hard working values provides us with a strong narrative, but it is the humorous and dramatic unfolding of their friendship that makes for such powerful drama and great comedy.

The organic progression of Colin Firth’s acting career appears to have been perfect preparation for the role of King George VI. Parts in stage shows like Another Country (1983), through to film and television performances in Fever Pitch (1997), Bridget Jones’s Diary (2001), and the BBC hit adaptation of Jane Austen’s Pride and Prejudice (1995), to name but a few, have all played a part in bringing to a boil Firth’s successful acting career. 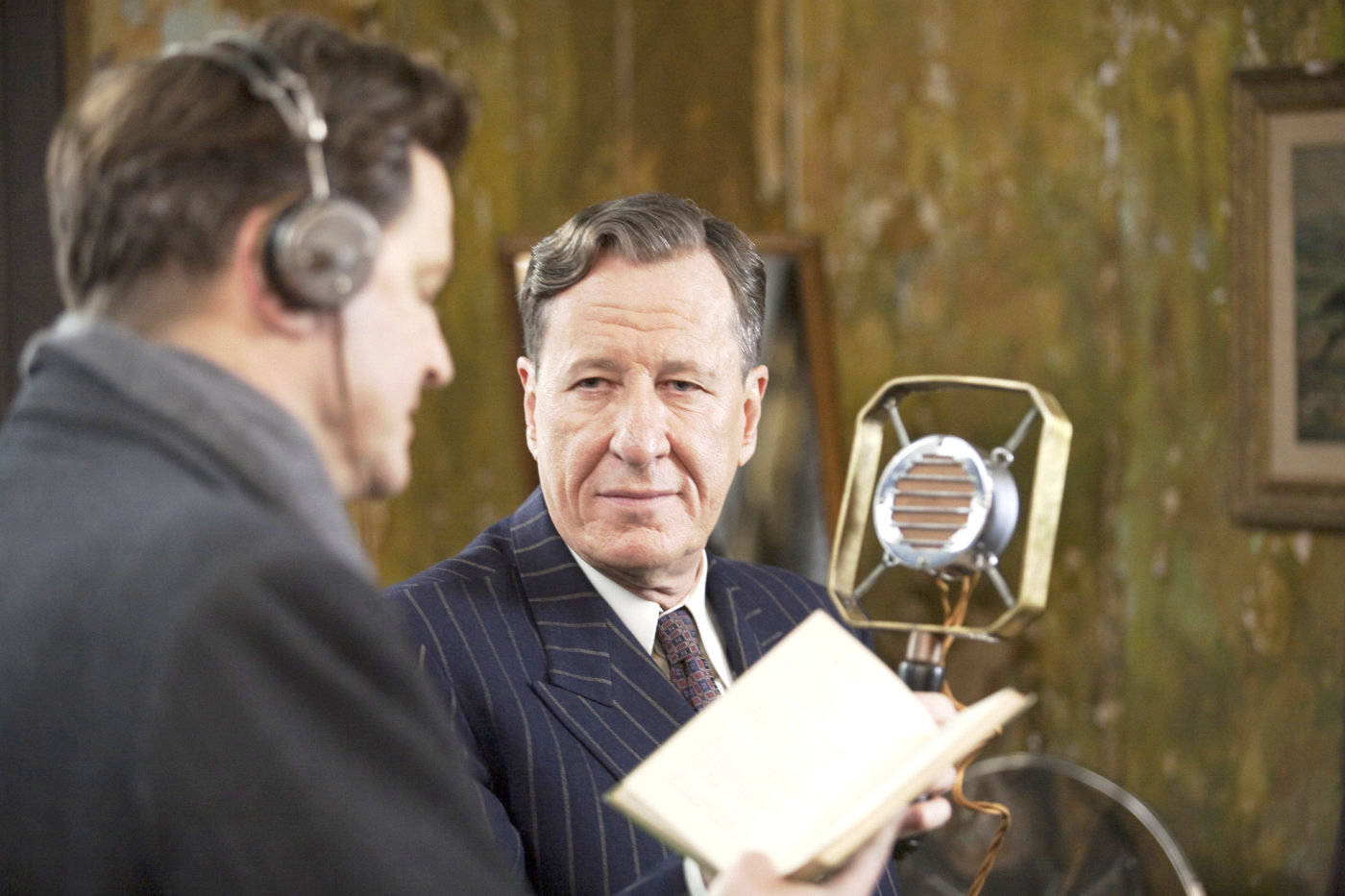 Having just won BAFTA and Academy Award nominations for his part in A Single Man (2009) Firth now seems to be at his best. It is the subtle nature of his humour accompanied by the wonderful manner with which he deals with key dramatic moments that helps to us to feel a true sense of realism and accept his character as authentic. His performance is royally faultless throughout and surely deserves all the praise that will be bestowed up on it for this great role.

It wouldn’t be fair to sum up Firth’s performance without recognising the massive contribution Geoffrey Rush’s character makes to it. He perfectly compliments the lead role in his portrayal of Logue by helping us to unravel the micro expressions of self deprecation and pain subtly conveyed by Firth. He brings to this part a wealth of experience from the stage and numerous films like Pirates of the Caribbean (2003) and Shakespeare in Love (1998) giving the part the ultimate class it requires. Rush’s character is vital and provides some much needed moments of comic relief to a film that could potentially be so melancholic in nature. One can only assume that a supporting role of this calibre will receive great recognition and will surely add to an already impressive list of accolades that include an Oscar for Best Actor, and a BAFTA for his portrayal of Henslowe in Shakespeare in Love.

The other most notable performance is given by Helena Bonham Carter, successfully returning to period drama as if she were never away. She is the perfect choice to play the part of a quintessential English lady, and again she proves why with her performance as the Queen Mother. Her perfect diction combined with the eloquent manner in which she portrays the character is another reason why Hooper has focused all attention on this excellent cast and made every effort to encroach as little as possible upon their performances.

Overall, this film is a great piece of British cinema that boasts an exciting group of British talents in Firth, Rush and Carter. They are also accompanied by an all-British supporting cast with the likes of Michael Gambon as King George V, Timothy Spall as Winston Churchill and of course Guy Pearce as Edward VIII. Full to the brim with such examples of fantastic acting, Tom Hooper’s film is a reminder that strong acting performances alone can make for a great film, and because of this The King’s Speech will surely be a huge success, regardless of contemporary cinema and its fixation with 3D film and the latest technology.