Film Review: ‘The Next Three Days’ 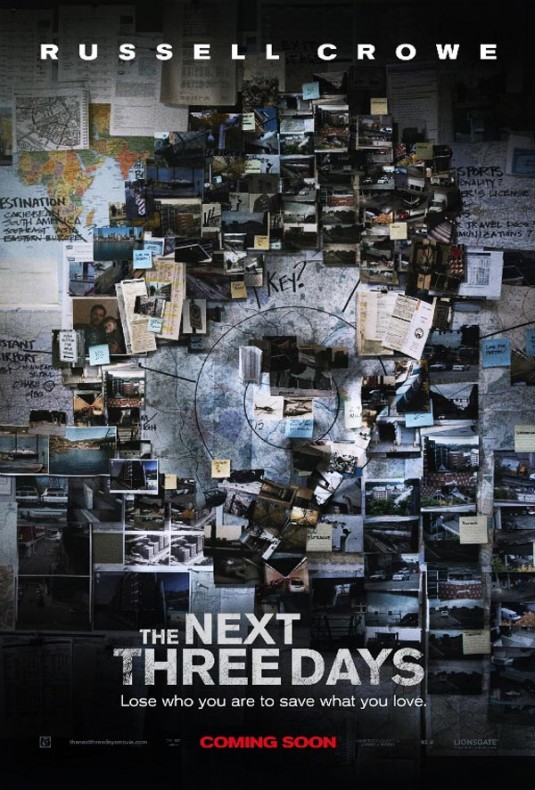 An argument at the office holds horrifying consequences for Elizabeth Banks’ Lara Brennan in Paul Haggis’s The Next Three Days (2010). After police raid her idyllic family home – where she lives happily with husband John (Russell Crowe) – and following a cruel judicial process, John is forced to come to terms with his wife’s lengthy jail sentence.

Surrounding the sobering reality of prison life (including suicide attempts and impersonal visiting hours) is John Brennan’s growing determination to free his wife. After all legal avenues are explored – and ultimately fail – the only option he is left with is breaking his wife free from prison… and this being Russell Crowe, this option is of course totally viable.

Virtue is a central theme in The Next Three Days, especially as the film’s core centres around the supposed innocence of Mrs Brennan. The escape plan assembled by John lightly hops between comedy (we see him planning part of the escape while he sits in his lecture theatre) and the ever-helpful hand of YouTube, whilst Liam Neeson also (inexplicably) crops up out of nowhere to lend a hand to his endeavours. 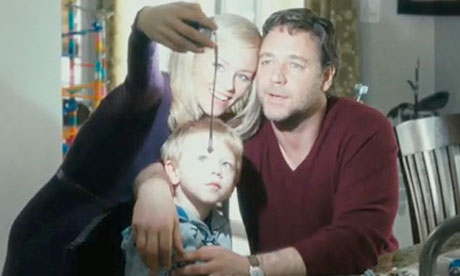 John’s task obviously can’t be allowed to go too smoothly, and when news comes through that Lara is to be moved to a different jail, the plan is immediately jeopardised. John is consequently forced to rub shoulders with members of the criminal underworld and ultimately ends up with blood on his own hands in return. Amidst all of this, John also manages to befriend Nicole (Olivia Wilde) in the local park whilst his miserable young son plays half-heartedly in his mother’s absence.

Although The Next Three Days holds a tantalising premise at its heart, the film takes an extremely long time to get to the point. Its general story is absorbing, but the pace sometimes loses out to Haggis’s preference of presenting the viewer with every aspect of John’s meticulous planning. Thankfully, the more action-orientated parts of the film offer a relatively thrilling ride of heart-pounding chase sequences and emotive decision making.

Ultimately, an unexpected change of perspective and a heart-thumping finale thankfully absolve the film’s previous sins, but at times The Next Three Days feels like a drawn-out and meandering journey toward its conclusion.