Have you ever made a film about your Aunt Suzette? Michel Gondry has. Why should you care? Maybe you don’t like watching other people’s home movies. Maybe you don’t even have an Aunt Suzette. Watching Gondry’s autobiographical documentary The Thorn in the Heart (2009) isn’t likely to change either of those very much. 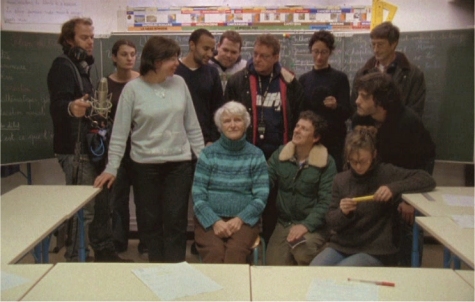 It’s a project about as personal as as they get – Gondry’s documentary looks back at the years his formidable Aunt Suzette spent teaching children across the country – and a stark contrast to The Science of Sleep (2006) or Eternal Sunshine of the Spotless Mind (2004), frequently cutting from 16mm to grainy Super 8 footage.

Sometimes the director recreates moments from the past; a schoolyard screening of a film at night is a touching scene that recalls Giuseppe Tornatore’s Cinema Paradiso (1988), with Michel standing in the shadowy trees as a silent onlooker. A re-enactment of the time his cousin, Jean-Yves got stuck in the toilet is less so.

Yet there’s more to Jean-Yves than bathroom flashbacks. Suzette and her son have a falling out that spans a generation, rooted in a tragic bereavement. As the awkwardness between the two comes to the fore, a mild dramatic tension arises. It never gets any stronger than that, mind – mild is a good word to describe the whole thing: not quite bland, but not exactly matured. 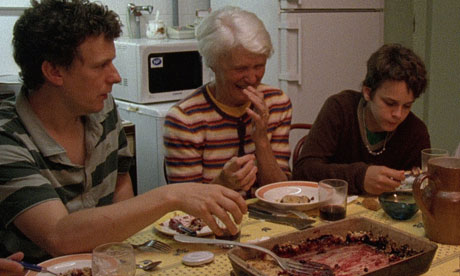 Yet it all clearly means a lot to Gondry. He often appears at the edge of the frame, directing his relatives, asking them questions, or just simply looking pensive. He doesn’t interact with any obvious affection (they actually come across in a rather unflattering light), but the film’s intimacy comes more from the actual images captured.

As he allows the cameras into his home life, we see Gondry’s own emotions up close in a frank exhibition of family truths. But it’s hard to feel engaged by any of it, no matter how personal the premise. At the end of the 86 minutes, you’re just an outsider watching people laugh at an in-joke you’ll never understand.

The Thorn in the Heart is interesting but never involving. It’s a home movie in the truest sense – something for Michel Gondry to watch in his living room, not ours.