After ten minutes of viewing Ink (2009), you may feel the overwhelming compulsion to rip the disc from your DVD player and break it into a hundred shiny pieces. You will have been appalled by the ham acting, disgusted by the shaky camera work and cheap digital cinematography and the dialogue will have caused you to vomit your lower intestines through your dry, screaming mouth.

Give it another ten minutes, however, and the flaws become charming, the story begins to grip and by the time the credits roll you will not feel like your time has been wasted. Hell, if you’re the emotional type you might even have a few salty tears in your eyes.

Released in 2009 Ink was never picked up by a major distributor but found fame on Internet file-sharing sites, achieving some 400,000 downloads in a single week. No mean feat, but just because word has spread and file-sharing has reached  feverpitch, that doesn’t guarantee that film is great.

Over the last few years Internet buzz has propelled some dubious flicks into the limelight, Snakes on a Plane (2006) and the bitterly disappointing Monsters (2010) to name but two. The Internet hype machine is useful to independent film-makers. They can spread the word via social networking sites and movie forums and raise the profile of their picture cheaply. Clever marketing campaigns lead to low budget films getting the exposure they richly deserve but on the flip side, they also lead to some bad films achieving undeserved exposure; recent release Blooded (2011) was a great example of the power of viral marketing. Ink lies somewhere in-between. 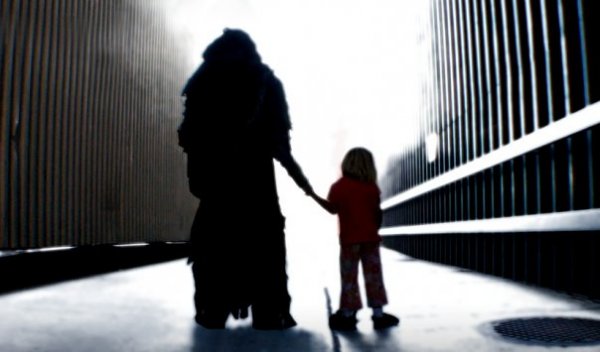 I could tell you the basic storyline but I was so enthralled by the executive producers plot summary on IMDB I thought I’d let him do the talking:

“As the light fades and the city goes to sleep, two forces emerge. They are invisible except for the power they exert over us in our sleep, battling for our souls through dreams. One force delivers hope and strength through good dreams; the other infuses the subconscious with desperation through nightmares. John (Chris Kelly) and Emma (Quinn Hunchar), Father and Daughter are wrenched into this fantastical dream world battle, forced to fight for John’s soul and to save Emma from an eternal nightmare. Separate in their journey, they encounter unusual characters that exist only in their subconscious. Or do they?”

The special effects are fine, not spectacular but clever enough and, although I’ve read reviews complaining about their poor quality, anyone who has grown up watching sci-fi shows on television will not care a jot; nor should they considering the budget constraints

Quinn Hunchar is outstanding as the daughter, not showy just solid and believable. Great child actors are a rare breed indeed and I hope she passes more auditions because I reckon she has the chops. Chris Kelly and Jessica Duffy are also worth a mention as the desperate father and the mysterious Leiv.

In conclusion Ink is fine little movie and fans of sci-fi fantasy will undoubtedly find something in it to admire. It’s not as good as the internet hordes would have you believe and it is, in places, very confusing and badly edited but if you can get past the first ten minutes then there is plenty to enjoy.