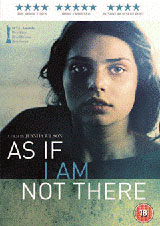 As If I Am Not There (2010), the second feature from Irish writer-director Juanita Wilson and starring Stellan Skarsgård, Miraj Grbic and Natasa Petrovic, opens on a young woman tearfully looking at her unwanted newborn baby, before taking a shower as blood trickles into the drain. Of all the films based around the conflict in Bosnia, few have focused solely on the plight of ethnically cleansed civilians, and none are likely to be as relentlessly sombre in tone. Yet as uncomfortable as it is to watch, it’s also extremely powerful and engaging.

We follow the plight of Samira (Petrovic), a young, middle-class teacher from Sarajevo who begins teaching classes in a remote hillside village just as the Bosnian war is beginning. Serbian troops arrive soon afterwards and their barbarism is swift and ruthless. After executing all the men, they bus the women and children away to a military camp, to live in diabolical conditions, where they are either forced into hard labour or mercilessly raped and abused. Word to the wise: this is not a date movie.

Depictions of such unforgiving recent histories will inevitably put some viewers off, and the brutal rape scenes will certainly echo long in your memory. But Wilson consistently makes her biggest mark in quieter moments. For an adaptation from a novel, dialogue is sparse, and impact is felt when we don’t see things. When the men of the village are led outside by the soldiers, the camera remains indoors, lingering on the women as machine gun fire is heard, and their expressions pack a desperately emotional punch. Wilson demonstrates impressive patience and thoughtful pace. 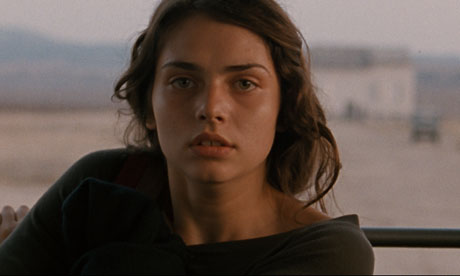 This also provides room for a breathtaking central performance from the Macedonian newcomer. In her first lead role, Petrovic carries As If I Am Not There with a gravity that belies her age; her face conveys emotions that dialogue could not articulate.

Samira is a more complex lead than the usual helpless victim we’re used to, and eventually starts using the soldier’s sexual appetite to her advantage, a grim compromise that wins her no friends with her fellow detainees. But as one of the soldiers tells her, “You’re only doing what you have to do to survive – just like me”.

Indeed, it is a resolutely human drama – save for the end title, the war on which events are based is not mentioned, nor are the motivations behind the Serbian’s ethnic cleansing; and you sense that the reality was even worse. Political or historical grounding is deliberately bare, and no comforting conclusions are offered. Such endless hopelessness is only offset by almost inconsequential lifelines: when Samira is raped, she concentrates her attention on a tiny fly, giving meaning to the title. But these are small mercies.

Bleak and hard-bitten though it is, As If I Am Not There is also immensely compelling, a film to be admired if not necessarily to be enjoyed. Thoughts and emotions are stirred and provoked, and despite the lack of historical context, that it is ‘based on real events’ cannot fail to rouse strong feelings. As If I Am Not There has been announced as Ireland’s official submission to next year’s foreign language Oscar, and richly deserves a nomination, at the very least.