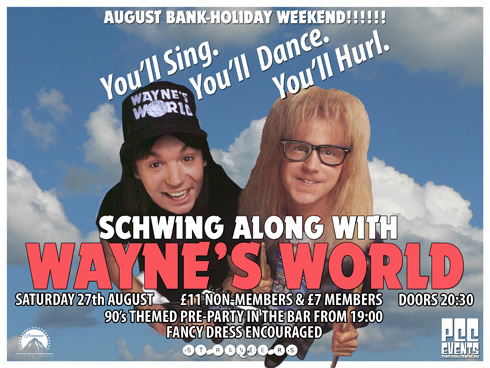 The ‘Schwing Along with Wayne’s World‘ event at London’s Prince Charles Cinema (CineVue’s favourite indie picturehouse) felt like a true old-school ‘night at the movies’, with the audience playing an integral part in giving the evening a stupendously fun and hilariously entertaining atmosphere.

In the modern era, seldom is it possible to experience the romanticised cinematic experience that the children of the 1950s and 60s – our parents, in most cases – anecdotally tell us about time and time again. Our generation has learnt to be seen and not heard when at the cinema, and as a result of such stuffiness the idea of spending Saturday night at the movies with friends seems to have been lost on an entire generation. Nowadays, whilst people still regularly go out to the cinema in order to catch a film, rarely will that constitute a full night’s entertainment. 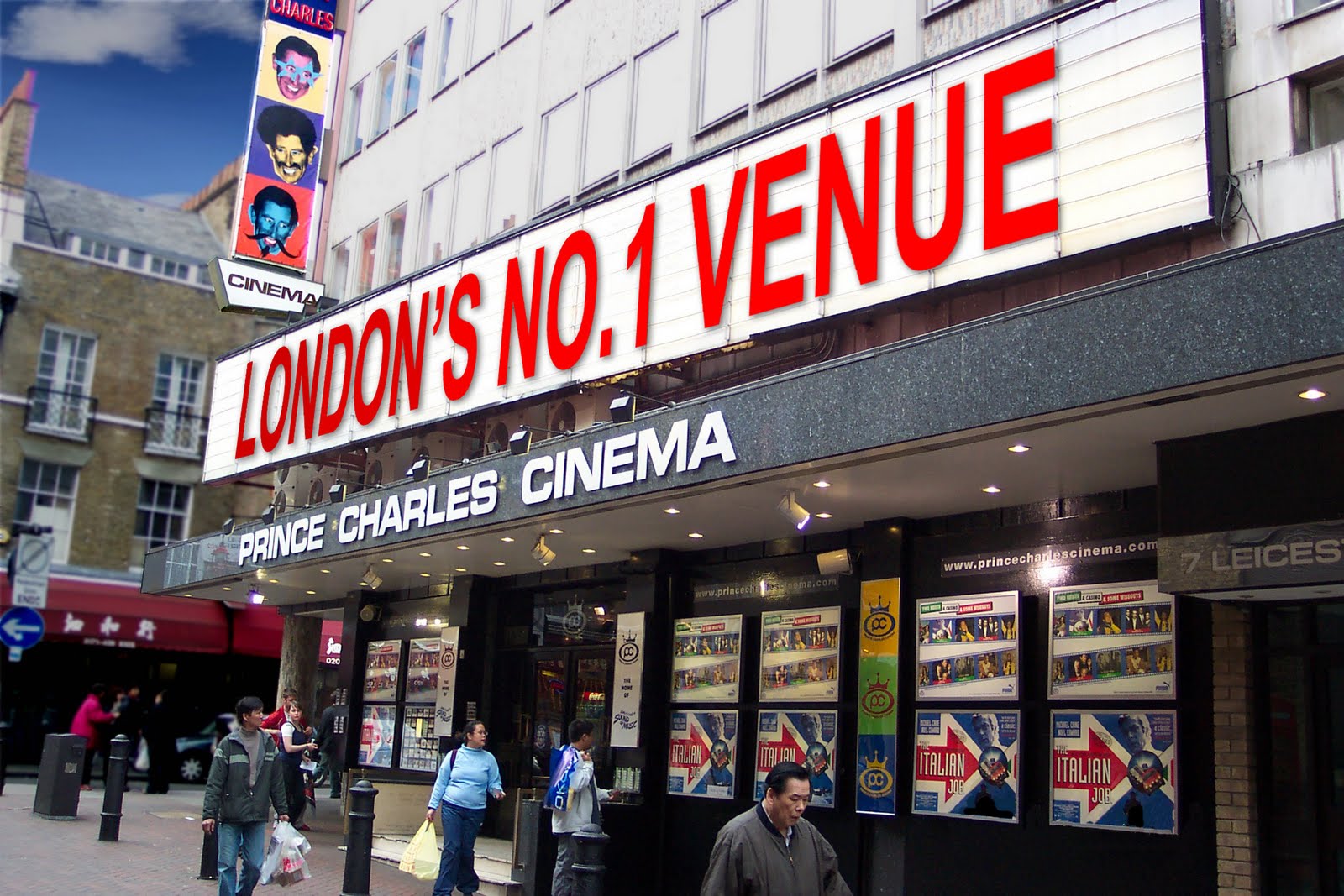 However, London-based film exhibition is currently undergoing a resuscitation of sorts, with films being shown on barges, in the back-rooms of small pubs, and even under flyovers – utilising the memorable lines, scenes and music from cult classics, encouraging audiences to engage more deeply with cinema. It remains ironic that cinema’s current revitalisation heavily relies on celebrating old movies.

Prior to the ‘Schwing Along with Wayne’s World‘ event at the Prince Charles Cinema, we were treated to an hour-and-a half of classic 90s rock music from the likes of Aerosmith, Pearl Jam and Mötley Crüe, whilst drinking (reasonably priced) beer in a room draped in posters exhibiting some of Wayne’s Worlds (1992) most memorable locations and moments – the perfect homage to Penelope Spheeris’ cult classic.

The efforts made by the Prince Charles staff – complemented by an amazing response from a carefree audience dressed in their finest flannel shirts and ripped jeans – helped to create an infectious atmosphere of fun and homage.

If you want to experience a real ‘night at the movies’, then we implore you to head on over to the Prince Charles Cinema for one of their fantastic interactive events. Just make sure you’re ready to play along, as the real pleasure to these nights lies in joining in and having fun with others who adore cult cinema just as much as you.

For full listings of future PCC screenings and events, visit princecharlescinema.com. You can also follow them on Twitter @ThePCCLondon.