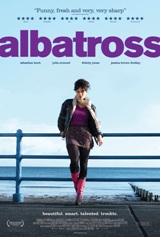 LOVEFiLM hosted a Q&A with lead actress Brown Findlay and scriptwriter Tamzin Rafn, who revealed that this semi-autobiographical production was loosely based on the adolescent exploits of Rafn. Impressively, Albatross is also the debut feature film for Brown Findlay and BAFTA Award nominee MacCormick.

Shot in the idyllic surroundings of a quaint seaside town in the Isle of Man, Emelia is a budding writer who – after taking a job as a cleaner in the Fischer family’s guest-house – becomes increasingly embroiled in their lives with bitter sweet consequences. 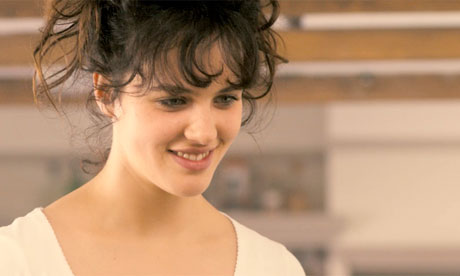 When a friendship develops between Emelia and Beth (Jones), the eldest Fischer daughter – a driven and ambitious Oxford University graduate – two very different personalities are united. Through their differences they embark on a voyage of self-awakening and the pair’s antics provide some touching and humorous moments including a hugely satisfying scene between Emelia and a supercilious student.

Straddling drama and hardship with a playful and light-hearted script – often funny, and at times verging on tearful – Albatross protects its audience from over-manipulative writing in favour of gentle and considered character development. Brown Findlay’s endearing performance as a young women struggling to break free from the shackles of her past and carve a future of her own cements the actress as an exciting British talent.

Although it may lack the rawness or intensity of an engagingly slick drama, Albatross is charming and peppered with good humour; mainly through Koch’s effortless turn to comedy and his interactions with the spirited and witty Emelia. Not only is this an inspiring tale of young women coming of age, but it also reminds us that we are never too old to learn a thing or two about ourselves and the lives we lead.