In Alps (Alpeis, 2011), Greek director Yorgos Lanthimos’ follow-up to the sensational Dogtooth (2009), a group of four people – a young gymnast, her coach, a medic and a nurse – have an enterprising idea: when someone dies, they will hire themselves out to the family or friends, substituting for the deceased so that the grief-stricken will have some consolation for their loss. They will be ‘like the Alps’, the leader explains, in that any mountain in the world could be substituted by an ‘Alp’ and no one would mind.

There are some very obvious holes in the concept (no one seems to have heard of the Himalayas) but Lanthimos’ Alps – like Dogtooth – is a similarly surreal, black-as-lung-cancer comedy. Both films are about the worlds we create to avoid the life we are handed, and the consequent toxicity of such denial. In Dogtooth, the nuclear family (and by nuclear, think Chernobyl) is the location of a bizarre fantasy that isolates the children until they reach adulthood, pitting them against imaginary monsters and cats.

In Alps, that external reality seems to have been infected by the madness. Despite the ragtag amateurish nature of this group of misfits, there are few if any voices of dissent, and their services seem to be in great demand. No one phones the police. The scenes in which members of the group assume the identities of the dead are embarrassingly inept, and yet there is a tension between real pain and the comedy of the fake alleviation. 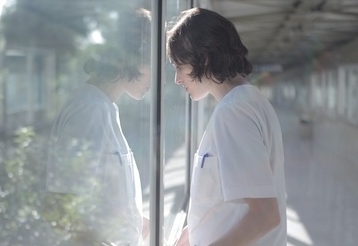 The living substitutes for the dead ask for glasses of water, repeat past conversations, wear favourite wrist bands and go swimming in dreary wintry seas, but it soon becomes apparent that this is not entirely in the service of others, or even for simple monetary gain. From the film’s beginning, their motives are nakedly parasitic – the medic questions a young girl riding in the ambulance following a terrible accident about her favourite film actors, eying her soon-to-be bereaved family as potential clients.

The acting is excellent throughout, each performer managing to play up the comic aspects with a new definition of deadpan. Aggeliki Papoulia plays the nurse who begins to lose sight of the mere monetary justification and starts to thrive on the feeling of playing other people. Lanthimos’ camera work is much more dynamic than the Haneke-esque CCTV style of Dogtooth. There is also a sense of reality unravelling as he follows his characters into ever darker realms of contradiction and madness.

Alps is by no means a perfect film – its improbability nags – but it eschews any easy metaphorical reduction: it is not about reality television; it is not about celebrity culture – it is about itself, treating its character’s delusional fantasies with deadly seriousness. There is a real buzz surrounding new Greek cinema, but in conversation Lanthimos has seemed lukewarm on the idea. With such an odd and individual vision, we can only hope that he will continue to plough his very own strange, but remarkably fertile furrow.