David Mackenzie is one of Britain’s most versatile and under-appreciated directors – his films are exciting, innovative and flawed, though these qualities might be somewhat linked by his wilful experimentation. Perfect Sense (2011), the filmmaker’s seventh feature, is by far his strangest and most unique to date – and this is a man who began his 2007 breakthrough film Hallam Foe with lead Jamie Bell circling his nipples in lipstick.

Set in modern day Glasgow, Perfect Sense unfolds like a fable, detailing the first stirrings of love between an emotionally disengaged couple as the world around them slowly, inexplicably loses their senses one by one. Ewan McGregor plays womanising chef Michael who falls for Eva Green’s Susan, an epidemiologist trying to determine the cause of the epidemic while the world descends into chaos and panic. 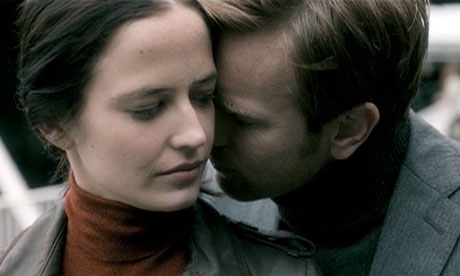 At once devastatingly affecting, real yet faintly silly, the film opens with an anonymous voiceover that punctuates upon the loss of each sense. While it frequently verges on over-explaining the central metaphor (a heinous crime of sci-fi cinema most recently perpetrated in Mark Romanek’s 2011 effort Never Let Me Go), it proves to be hugely moving and indicative of larger themes and underdeveloped facets of the film that may have otherwise passed undetected.

Mackenzie’s regular cinematographer Giles Nuttgens does a good job with a limited budget, though in places the film resembles a brilliantly made BBC drama rather than a theatrical release. Much of this comes from Danish writer Kim Fupz Aakeson’s choice to limit locations and development of peripheral characters, instead focusing microscopically on the central relationship. This gives the film a very intense thrust, though on such a low budget this inevitably becomes faintly televisual.

Perfect Sense is ultimately a beautiful film about the nature of intimacy, love and our own humanity boasting terrific lead performances, particularly a magnetic McGregor who hasn’t been this good since Mackenzie last came a-calling. A flawed but thrilling piece of filmmaking that whispers promises of a masterpiece to come.