Avalon (2011), directed by Axel Petersén, maintains Swedish cinema’s reputation for outstanding films with a captivating thriller starring Swedish comedian and buddy of Mick Jagger, Johannes Brost. Set in the wealthy town of Båstad on the Swedish coastline, the story follows club promoter Janne (Brost), a man who has never really grown up. Along with his sister and best friend, he plans to open the exclusive Avalon club but their plans go awry when Janne is involved in a car accident resulting in a young Lithuanian immigrant’s death.

The thriller element of the film works very well, the tension palpable when Janne discovers what he has done. Brost truly captures Janne who, although incredibly immature in his refusal to confront his actions, is a complex character struggling to come to terms with getting older and the fact that the 1980s were two decades ago. Petersén has beautifully captured our central protagonist’s immaturity and desperation to cling on to his youth through a series of well-shot scenes. This is particularly true of the scene where Janne, overwrought with guilt, decides to get incredibly drunk and stagger into his own club to dance alone to Roxy Music’s Avalon – a truly fine moment that captures all the film’s themes in a single, beautifully-performed scene. 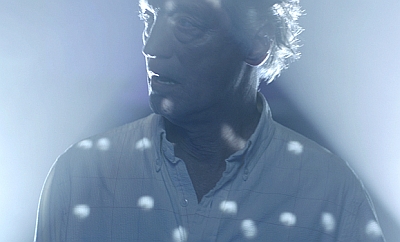 Performances from the supporting cast are equally convincing, all of whom have a great on-screen presence. Some of the most enjoyable moments come when Janne’s children compare and contrast their behaviour, epitomised in the desperate question by Janne’s sister Jackie (“Have you heard of Facebook?”), to her niece’s boyfriend.

Avalon also works well as a critique of materialism – the characters are not only obsessed with youth, but also money. None of them lead a meaningful life, as they drift from party to party, their focus on money and youth at the expense of their moral sensibilities highlighted through their expensive clothes and 24-hour party attitude. The fact that the boy who is killed is Lithuanian is also significant, his death treated as that of a second-class citizen, to be concealed without a single thought of contacting the police.

Petersén has surpassed himself by striking a fine balance with these morally ambivalent characters, aided by the cinematography of Måns Månsson, whose work is truly remarkable. Avalon is a sublime film that will leave a lasting impression, capturing some truly ugly characters in an entirely absorbing manner.